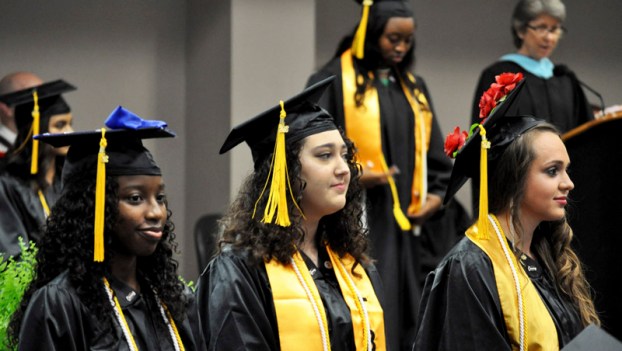 It was a night filled with laughter, tears and contemplation as the Class of 2018 graduated from Beaufort County Early College High School. The dual enrollment program, housed on the campus of Beaufort County Community College, saw 41 students presented with high school diplomas, 32 of whom had already received their associate’s degrees at BCCC’s commencement ceremony on May 11.

Former BCECHS teacher Stephen Paul returned to speak to the class. The math teacher-turned-engineer spoke about missteps, in his career and in his personal life, and he advised the departing class to keep adjusting their plan until they get it right. 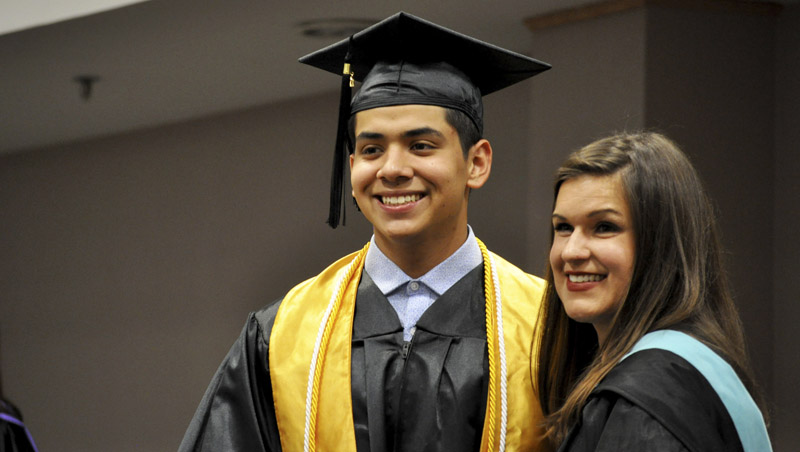 Valedictorian Stephen Norman shared his research journey, one that took him from professional basketball cheers, to wrestling chants, to words of wisdom from Jimmy Valvano, former basketball coach for North Carolina State University. Valvano had instructed listeners at a speech he gave at the ESPY Awards in 1993 to laugh, think and cry every day. Norman suggested that, at least on that day, everyone met Valvano’s expectations.

Graduates were recognized for different achievements. Those wearing gold cords had weighted grade point average of 3.625 or higher. Those with white cords had completed an associate’s degree. Six of the graduates had unweighted GPAs of 3.5 or higher. The North Carolina Scholars were Tanja Butler, Taylor Carawan, Perla Chavez Pullman, Dianna Hyatt, Stephen Norman and Angel Yeung. The class received $459,527 in scholarships combined to continue their education at other colleges and universities. 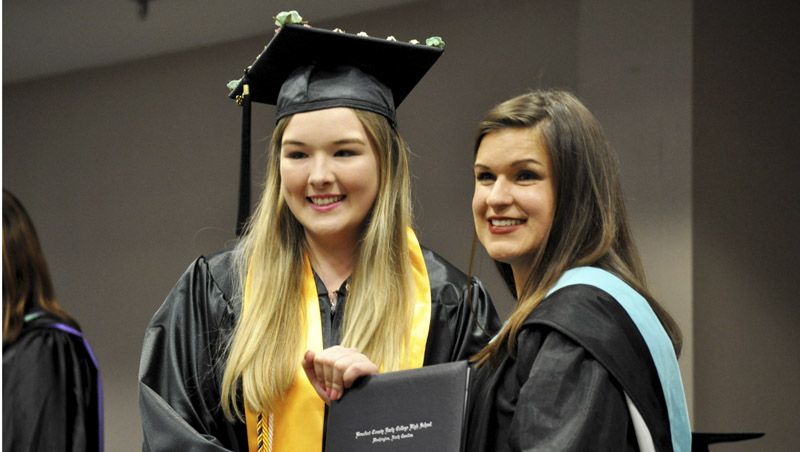 Dual enrollment students are becoming an increasingly larger part of the community college landscape. This year, the Beaufort County Board of Education voted to increase the cap on enrollment from 65 to 90 students, meaning the incoming freshman class will have an additional 25 students. To accommodate this growth, the community college hopes to upgrade the lower level of Building 5, where many of the early college high school’s classrooms are located.

These students go to high school classes for their first two years, later transitioning to taking college classes just like any other college students on the BCCC campus. At the end of their five-year education, they earn a high school diploma, and most of them also earn an associate’s degree.

BCCC wishes all the best to the early college students and hopes that they return to share their success stories with their former instructors.