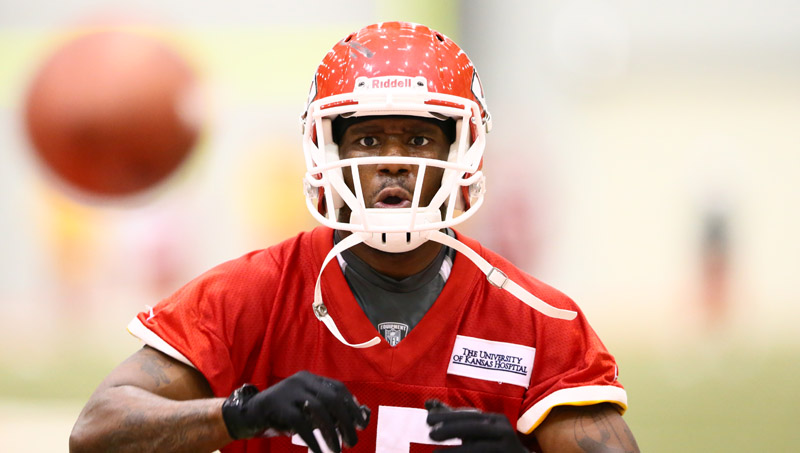 Giving back to the community and sharing all that he’s learned in his experiences is deeply important for Washington native Terrance Copper. The former Pam Pack football player, who went on to play for ECU and built a nine-year career in the NFL, now dedicates his life to sharing his wealth of football and athletic knowledge with aspiring athletes.

The retired wide receiver started the Premier Sports Academy in Winterville two years ago. While Copper focuses on football, the academy also offers training in basketball, baseball, soccer, softball and weight training for children ages 5 to 18.

“We train kids in all sports. My focus is football, but we have basketball trainers, we have baseball trainers, we train speed and agility, weight training as well,” Copper said. “But when it comes to training, we actually train position-specific drills. So if you play wide receiver, you’re going to learn how to play the game at wide receiver. If you’re a quarterback, you’re going to learn how to play quarterback. We don’t just put you through just a bunch of drills and speed stuff, but we actually teach you the details of that position.”

The idea for the academy stems from how much Copper realized he learned in his journey, from playing at Washington, to playing for ECU and spending nine years playing for the Dallas Cowboys, New Orleans Saints, Baltimore Ravens and Kansas City Chiefs. He said he thought he knew football when he was playing at the high school and college levels.

But once he hit the professional ranks and worked with hall of fame coaches, he learned so much more about the finer points of the game. Thinking how much better he could’ve been if he had that knowledge at a younger age, he felt he could help others by sharing what he learned.

“I gained a ton of knowledge and I felt like, ‘Man, if I knew this stuff that I know now at a younger age, how much better of a player I’d be, how much better of an athlete I would be,’” Copper said. “And I was always big on giving back to the community and giving back to the youth and doing training camps. I felt like this was something I was meant to do.” 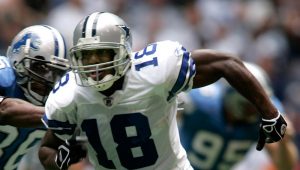 FROM PLAYER TO TRAINER: Copper uses all the knowledge and skills he acquired during his nine-year career NFL career to train young athletes at the Premier Sports Academy, which he opened two years ago. (File photo)

Copper doesn’t just impart his football wisdom with those able to afford to attend his academy. He also holds free football camps in the summer here in Washington.

“It’s something I really wanted to give back to my home town,” Copper said. “If it weren’t for Washington and some of the people in Washington, I would have never made it to as far as I got. So I’ll always remember that. And I remember where I come from, so I always want to continue to give back to the youth and inspire them.”

Copper’s next free football camp, which will also be attended by former NFL players C.J. Wilson, Barry Richardson, Willie Smith and Eric Graham, as well as former ECU player and coach Kyle Chase, will be held on Saturday, June 16 at Kugler Field. The 2018 Terrance Copper and Washington Police-Fire Services Camp, which is open to boys and girls, ages 7 to 17, will run from 8 a.m. to noon.

While it’s centered on football, Copper said the camp is about much more than that.

“It’s not really just about football, per se, but it’s about encouraging them, helping them understand whatever you put your mind to, whatever you want to do in life, it’s possible,” he said. “(The kids) can look at me and look at other guys that come from that area. We fulfilled our dreams, we made it to the biggest stage you can make it to in our certain area and we’re from the same place you’re from. You can do it (too).”

When Copper was growing up in Washington, he didn’t have the opportunity to go to football camps in town run by professional football players. He said the desire to provide his hometown with something he didn’t have growing up is a big factor in why he holds the camps.

While Copper didn’t have camps run by NFL players to go to growing up, he did have help during his journey to the highest level of football. And it is because of the assistance he received along the way that Copper feels a sense of duty to give back to the community.

“I know the obstacles that are faced and if it wasn’t for some people back in Washington, some people I grew up with, I wouldn’t have made it,” he said. “If I didn’t have people pushing me, helping me out, I wouldn’t have made it. So, I feel like it is my job, my duty, to come back and continue to inspire the youth and continue to show them the way, per se.”

While it would be easy for Copper to bask in the glory and take all the credit for putting together the camp, he was quick to point out it was a group effort. The City of Washington, the Washington Police and Fire Departments, the Beaufort County Pirate Club, Ruth’s House, Zaxby’s and Washington Mayor Mac Hodges all played a part in putting together the free camp, according to Copper.

But Copper doesn’t just give back to the community out of a sense of duty or a need to share his knowledge. He genuinely enjoys being there with the kids and helping out.

“That’s the best part about it. That’s why I like giving back to the community. I think it’s more satisfying to give back to them and actually get a chance to be around the kids and see how excited they are and just being able to make an impact in their lives,” Copper said. “This why I do what I do for the community. I do it for the kids.”

Applications and waiver forms for Copper’s camp can be picked up at the Washington Police Department’s headquarters at 201 W. Third St. The deadline for applications is June 13 at 5 p.m.