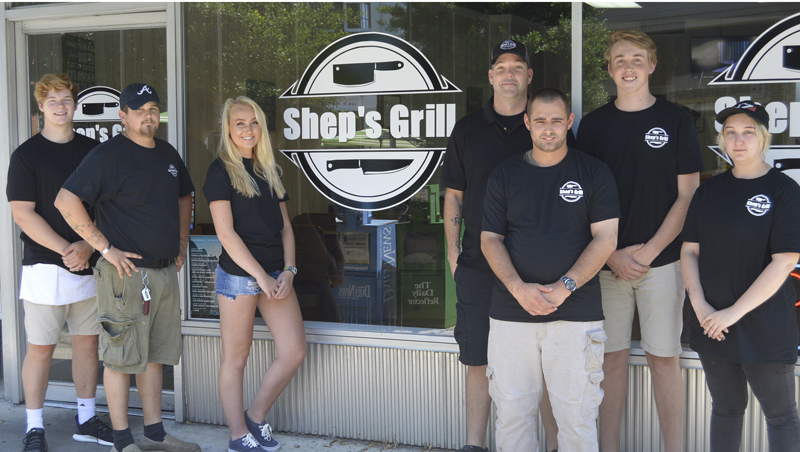 OPEN FOR BUSINESS: Shep’s Grill opened its doors May 12, offering diner-style fare in the tradition of the Mecca Grill. (Matt Debnam/Daily News)

Downtown Washington has a new option for dining this summer. Located in the space that once housed the Mecca Grill, Shep’s Grill is in many ways a spiritual successor to the old restaurant.

Serving diner fare such as burgers, fries and the like, the restaurant represents the culmination of a longstanding dream for restaurant owner Jason Sheppard. After years of operating a food truck, a partnership with Market Street Pub owner Connie Bland offered an opportunity to realize that goal.

“I remember when my dad was sheriff, coming in here to the Mecca as a kid,” Sheppard recalled. “Even though we’ve given it a facelift, I want to bring back that simple but good food.”

The grill, which opened May 12, has been well received by the community so far; a line of 40 people was waiting outside on opening day. While the brick and mortar restaurant presents new challenges, it also is a welcome opportunity to try new things, according to Sheppard.

“It was easier financially to do the food truck out of the gate, but then the truck kept breaking down, and it was one problem after another,” Sheppard said. “It just so happened that when I announced that I was going to sell the food truck, this place became available.”

Now serving breakfast, lunch and dinner, Shep’s is also opening late night on Fridays and Saturdays from 11 p.m. to 3 a.m., with hopes of capitalizing on the foot traffic from Market Street Pub.

While the grill is still adjusting its menu, with expanded offerings coming out today, Sheppard hopes to incorporate feedback from his customers into his food, building a reputation that will last in Washington.

“The community has been overwhelmingly great,” Sheppard said.

Shep’s is open 6:30 a.m. to 9 p.m. Mondays through Saturdays, with late night hours on Fridays and Saturdays. On Sundays, the restaurant is open 8 a.m. to 2 p.m. for brunch.