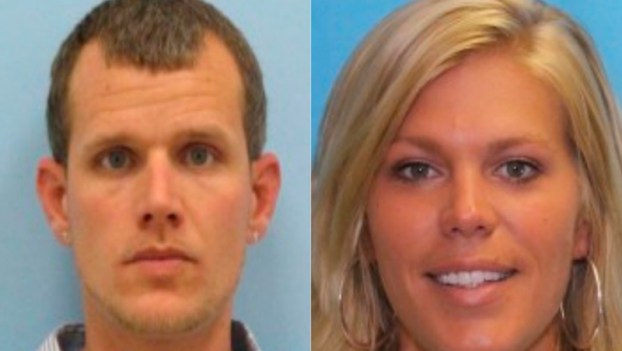 PINETOWN — The Beaufort County Sheriff’s Office is seeking information on the whereabouts of a pair of suspects believed to be responsible for a string of vehicle break-ins in at least six counties, including a rash of thefts targeting residents on N.C. Highway 32 on May 30.

According to a press release from Beaufort County Crime Stoppers, Dustin Sean Bunch and Amber Miller Eason are wanted for 19 counts of felony breaking and entering of a motor vehicle and multiple counts of misdemeanor larceny. The pair is also wanted for similar crimes committed in Bertie, Chowan, Pasquotank, Perquimans and Washington counties.

According to BCSO Lt. Jim Vanlandingham, a total of 19 cars were broken into at approximately 10 residences in the vicinity of N.C. Highway 32 during the early morning hours of May 30. Items stolen from the vehicles included money, sunglasses, electronics and a pair of binoculars.

“We had a couple of witnesses, truck drivers, who saw a white car in the area of some of these break-ins at about 4 a.m., so it looks like they happened in the early morning hours of May 30,” Vanlandingham said.

Vanlandingham said that in every instance, the vehicles targeted by the thieves were unlocked. No signs of forcible entry were found at any of the crime scenes.

“Pretty much all they had to do was walk up to it and open the door,” Vanlandingham said.

According to the Crime Stoppers release, Bunch and Eason are believed to be driving a white Toyota Camry with North Carolina license plate CDH-3916.

According to Vanlandingham, the two were believed to be in Rocky Mount the day the incidents were reported in Beaufort County. He went on to say that the two are thought to be residing somewhere in Greenville.

Beaufort County Crime Stoppers is offering a cash reward of up to $1,000 for anonymous information leading to an arrest in this case. Those with information on the whereabouts of these suspects, are being asked to call Crime Stoppers at 252-974-6400.

For 35 years, Washington has officially kicked off summer with the Washington Summer Festival. Friday is no different, as Beaufort... read more