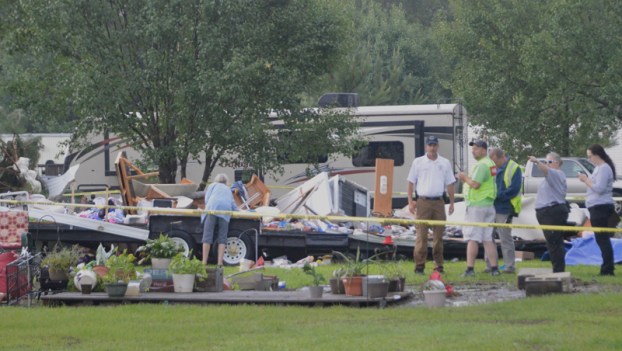 DEVASTATION : A camper trailer in the Eagle’s Nest community was completely destroyed by strong winds on Monday. Emergency management officials are awaiting confirmation from the National Weather Service to determine whether the damage was the result of a tornado. (Matt Debnam/Daily News)

WILMAR — Sudden and powerful storms Monday caused major damage to a number of structures in the vicinity of Wilmar, south of Chocowinity. The greatest concentration of damage was at the Eagle’s Nest community on N.C. Highway 17, where one camper trailer was completely destroyed during the storm.

According to Beaufort County Operations Chief of Fire and Emergency Management Chris Newkirk, there were no injuries as a result of the storm. However, three animals believed to be in the camper at the time were missing after the storm passed. Beaufort County Animal Control responded to help search for the animals.

While the damage was initially paged as a tornado by Beaufort County Communications, Newkirk said he could not confirm whether or not a tornado was to blame for the camper’s destruction.

“We are working with the National Weather Service and State Emergency Management, as well as witnesses on the scene, to confirm what it was,” Newkirk said.

According to Newkirk, significant damage also occurred to the west of N.C. 17. An outbuilding was destroyed at a house across the street from Eagle’s Nest and multiple trees were uprooted at a residence on Pollard Road. 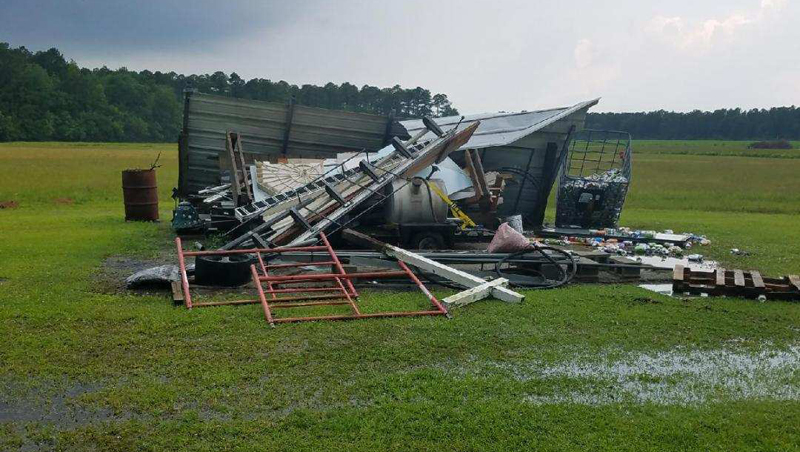 OUTBUILDING: An outbuilding at a residence across the road from Eagle’s Nest was also destroyed during the storm. (Alton Lewis)

“Mapping that out, that was pretty much directly in line with Eagle’s Nest if you start following the track of that storm,” Newkirk said.

At Eagle’s Nest, another two campers were lifted on their jacks and moved by the strong winds. A fourth camper suffered significant damage to an awning.