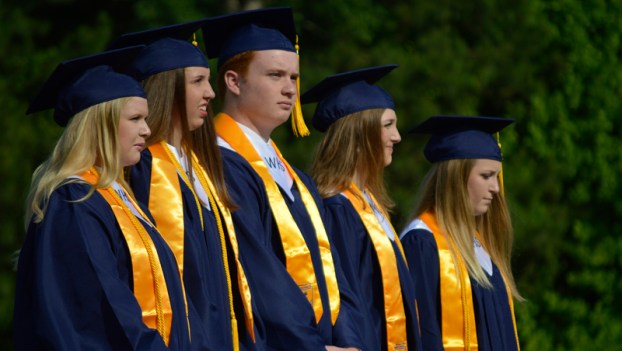 The largest of the four graduations to take place on Saturday, Washington High School held its commencement exercises bright and early at J.G. “Choppy” Wagner Stadium. A total of 222 seniors went home with their diplomas, marking the end of a significant chapter of their lives.

Following greetings from WHS Principal Michael Swinson, a number of special recognitions were bestowed upon members of the Class of 2018. Among these were the Best All-around Girl and Boy awards, which were given to Mary Grace Wilder and Fredrick Thomas Holscher. The P.S. Jones High School General Alumni Scholarship was awarded to Andrea Marissa Griffin. The Edward Harris Memorial Scholarship was presented to Courtney Renee Richards. The Marine Corps Scholarship Foundation scholarship was awarded to Brittany Taylor Rawlins.

All told, Swinson said that the Class of 2018 has been offered $1,654,283 in scholarships, accepting $1,008,966. A total of seven students were recognized during the ceremony for their commitment to enter the Armed Forces.

The 2018 valedictorian was Mary Grace Wilder, and the salutatorian was Hailey Respess. 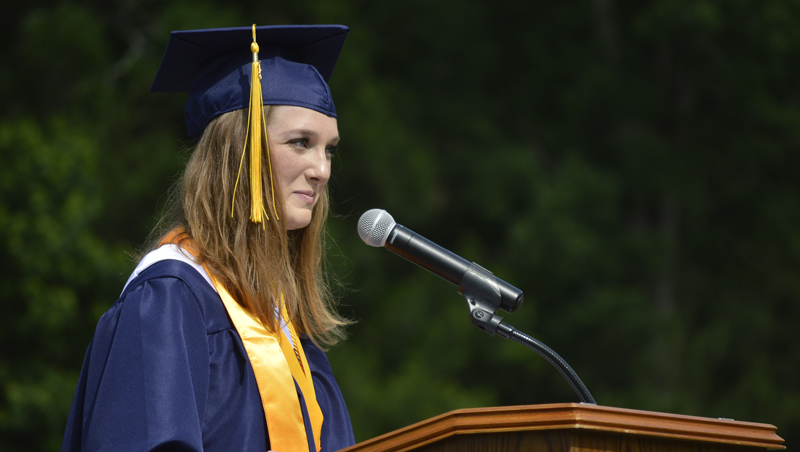 “Four years of our lives, 208 weeks of hanging out with the same people, 1,460 days attending Washington High School have suddenly come to an end,” Respess said during her welcoming address. “These four years have gone by so quickly. I know when we were doing homework, studying or taking tests, it felt like an eternity. But looking back, it went by at the speed of light.”

“We spent over a decade together growing up, forging friendships and bonds that will never be broken,” Wilder said in her speech. “We have not merely survived high school, but we have embraced it, along with each new challenge. We have looked forward to this day for years, believing that if we could make it through homework, quizzes and tests, we would be ready for whatever was next. But the truth is, life’s tests are just beginning.”

The speed limit on some downtown streets has been lowered from 20 mph to 15 mph effective immediately. Washington’s City... read more