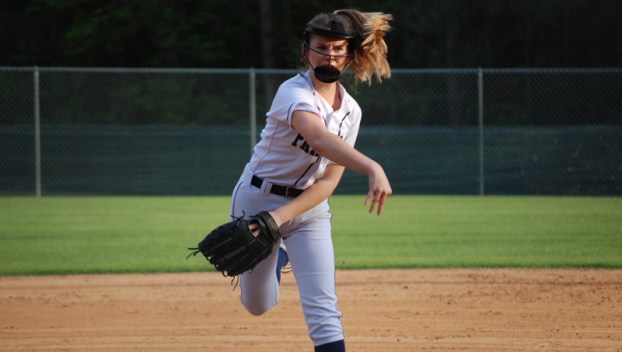 PITCHER OF THE YEAR: Washington’s Abbi Tucker fires in a pitch during a game earlier this season. The sophomore was named the Eastern Carolina 2A Conference Pitcher of the Year for the 2018 season, as well as making the All-Conference Team and being named the Pam Pack’s MVP. (Sean Finnerty | Daily News)

Washington’s 2018 softball season was one that could be characterized by one word: dominance.

The Pam Pack ran roughshod over its opponents during the regular season, winning 18 of its 19 games. That included a perfect run through conference play, a feat Washington head coach Doug Whitehead said he can’t recall happening in all his years associated with the program.

Not only did the Pam Pack defeat almost all challengers, but Washington was also blowing team away in the process. 11 of its victories were by at least 10 runs; while in only three games during the regular season did the Pam Pack win by less than five runs.

Washington scored 225 runs through the course of the season and allowed its opponents to only score 29. Those numbers reflect the fact that the Pam Pack had not just a high-powered offense, but also supreme pitching.

The team’s success did not go unnoticed, as many members of the Washington softball team were honored when the Eastern Carolina 2A Conference released its conference awards. The Pam Pack also named the winners of its own team awards.

The summer is seen as a time to relax and enjoy some down time. But for high school football players,... read more