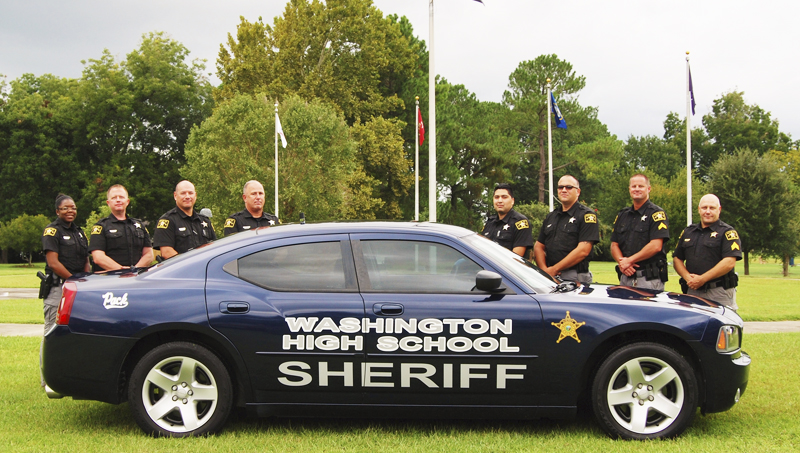 ADDED RESOURCES: The Beufort County Budget for the coming fiscal year adds six School Resource Officer positions, ensuring every school in the county will have an SRO. (Daily News)

Upon returning to school this fall, students at each of Beaufort County’s 14 public schools will be protected by the presence of a school resource officer.

As a part of the Beaufort County budget for the 2018-19 fiscal year, which was given final approval after a public hearing on Tuesday, the Beaufort County Board of Commissioners appropriated a total of $765,326 to equip and pay for an additional six SROs for the school system.

School safety has been a topic of concern for elected officials and school system officials nationwide in recent months, in light of national events such as the Marjorie Stoneman Douglas shooting in Parkland, Florida.

In April, a new school safety committee, composed of representatives from BCS, BCCC, Beaufort County government and the Beaufort County Sheriff’s Office, assembled to address the issue of security in local schools. According to Beaufort County Manager Brian Alligood, the committee has been the driving force behind the recommendation to add officers at each school.

“We brought that back to the board under the budget process as a service expansion to fund those officers,” Alligood said. “That recommendation essentially came from the school security committee. There was pretty broad agreement from the board that that was something they wanted to do.”

According to Alligood, approximately $300,000 of the cost will be recurring each year in the form of salaries and benefits. $270,000 is non-recurring, to equip officers with vehicles, guns and equipment.

While there are currently SROs at each of the county high schools (Washington, Southside, Northside and the Beaufort County Ed Tech Center) and P.S. Jones Middle School. two positions are split between the schools that house middle grades.

While Northeast Elementary School and Bath Elementary currently share an officer, a second position is split between Chocowinity Middle School and S.W. Snowden.

With the new funding, six additional officers will be added to the ranks. While each of the middle grade schools will have their own SRO, so too will the county’s Elementary Schools; Eastern Elementary, John Cotton Tayloe, Chocowinity Primary School, and John Small Elementary.

In addition to the funding for the 13 SRO positions, commissioners also appropriated an additional $62,962 in funds to staff an additional officer at Beaufort County Community College, specifically to serve as a resource for the Early College High School.

According to BCS Assistant Superintendent Mark Doane, these positions are currently funded through a variety of means, including county funding, local dollars and grant funding. Doane added that the positions are most welcome, as SROs serve a variety of purposes beyond routine security.

“I think it’s reassuring to students and parents that we’re trying to do everything we can to make students as safe as possible,” Doane said. “I think the relationships they build with our students on campus go a long way towards allowing us to be proactive.”

Historically, the school system has entered into an agreement with the Beaufort County Sheriff’s Office to provide deputies to fill the SRO positions.