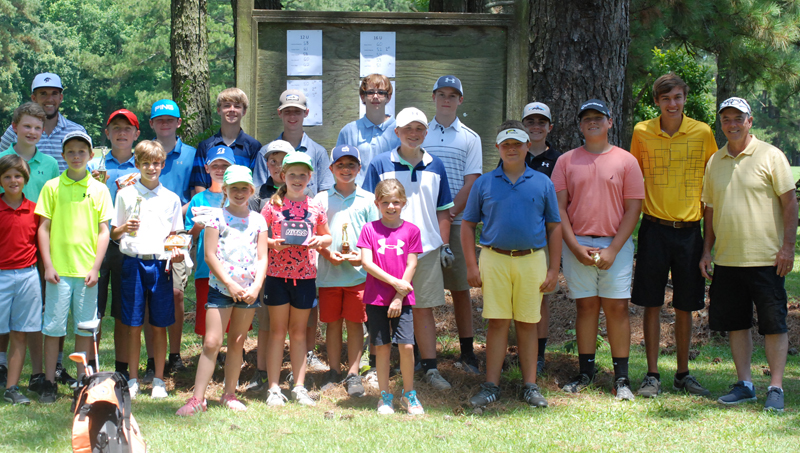 BATH — After teaching fundamentals the first couple of days, Northside coach Jared Adam’s three-day youth golf camp at Bayview Golf Course wrapped up yesterday with a tournament for the campers to put their newly-learned skills to use.

The campers were divided into two groups, 12U and 16U. Wright Collins took first place in the 12U division with a score of 45 on the nine-hole course. Luke Ross (48) placed second and Max Vansant (50) finished third after winning a playoff over Luke Alligood (50).

Luke Jones shot a 51 to place first in the 16U group. Caleb Alligood (52) took second and Sam Vansant (53) rounded out the top three.

The camp had 20 participants this year, ranging in age from 8 to 16. Adams holds the camp to help build up golf in Beaufort County. It seems to be working, as the turnout has increased from 10 campers for Adams’ first camp five years ago, to 15 for last year’s camp and now 20 in 2018.

“Just to get the youth involved into golf, not only for Northside but other high schools in surrounding areas, whether it’s the private schools or it’s Southside or Washington, because a lot of them won’t even end up at Northside,” Adams said. “Especially in eastern North Carolina, golf is not a dominant sport, so to kind of introduce it, get the youth involved at an early age. Hopefully they’ll continue to play and they’ll stick with it throughout the rest of their life because it’s a lifetime sport.

“(I) also want to give a special thanks to Mr. Leon and Ms. Alice Wingate and Bayview Golf Course for letting us have this camp here every year time and time again.” 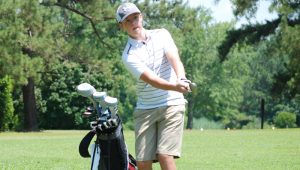 CHIPPING AWAY: Caleb Alligood watches the ball travel through the air after trying to chip the ball onto the green. (Sean Finnerty | Daily News)

Adams also received help from current and former Panther players, as well as from part of the Northside coaching staff. Tucker Mooring, who is headed to East Carolina University after playing at North Carolina Wesleyan, and Northside golfer Matthew Cullom assisted in running the camp. Barry Norman, Adams’ assistant coach, also lent a hand with the camp.

The campers went over golf fundamentals during the first two days of camp, before allowing the kids to showcase what they learned in the final-day tournament. It began with teaching proper stance, grip and skill development.

“Then we progressed into super ball and tournament play and teaching them some different rules and regulations,” Adams said. “We always finalize the camp on the last day with individual stroke play. We have tees and guidelines to help restrict scoring maxes and so on and so forth to help speed up play. The main thing is just getting them interested in it, get them to enjoy it, and hopefully they’ll stick with it.”

While the main purpose of the camp isn’t to better the Northside golf team, Adams said it can be beneficial for his team.

“If they do go to Northside and they enjoy golf, it’s also an extra bonus,” he said. “When they become a freshman, I don’t have to teach them the basics and the fundamentals. They kind of already know it.”

The 2019 golf season is still a long way off, but Adams continues to work to improve the golf culture in the entire county, which also benefits his own team in the process.

Boys & Girls Club has much to offer over…