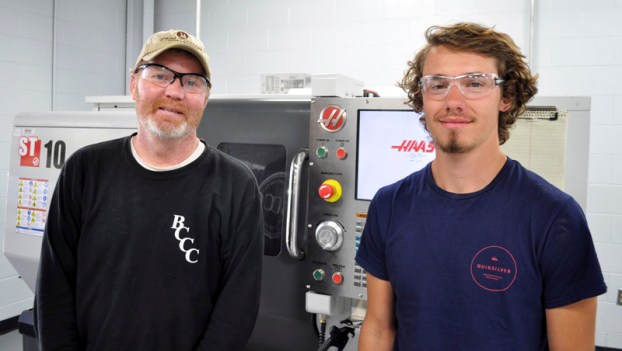 Washington resident learns to preach at the beach

“Unless something crazy happens, I might not ever use the degree.”

This sentence is like nails on a chalkboard to parents, teachers and college administrators. In a conversation with Zackary Holton just days before graduation, the mechanical engineering technology student explained how his first job after college is taking him on a new path, and what that means for his time at Beaufort County Community College.

As Holton finished up his degree, the avid surfer and evangelist was approached by a church in Kitty Hawk, and he jumped at the opportunity. His position includes free housing in the surfside community, a clear perk for the new youth minister. Holton plans and leads lessons twice a week. They hold fireside worship. He organizes fundraisers for youth trips, including a recent car wash and spaghetti dinner.

“We just came back from a trip to Tennessee,” he said.

He has to stay on top of teenagers and parents to turn in paperwork and dues. He learned his lesson about contacting guardians after an angry phone call over a scuba diving activity that a teen had neglected to relay.

The ministry did not provide any lesson plans, a frustrating prospect for previous youth ministers. Holton enjoys the challenge.

“There’s nothing. It’s just some teenagers who come to the church,” he said. “I started with a blank slate. I could build whatever I wanted to. I like that. It pushes me to be creative. It pushes me to work for something to be successful.”

Holton admits that walking across the stage at graduation, and holding an Associate in Applied Science in Mechanical Engineering Technology, has helped him obtain the position.

“They see that ‘he’s not going to halfway do this.’ Just this piece of paper, it’s going to show dedication, that what I put my mind to, I get it,” Holton said.

Holton served as an ambassador for BCCC, speaking at ceremonies and meetings, and helping at recruitment events. Holton has doubled the attendance in just the six months he has been with the program.

“I can talk to just about anybody,” he said.

He has some youth who come for social events, but do not stay for religious services. They play basketball. He goes skateboarding with them. When it comes to the youth who prefer to work on art projects or read, Holton has made an extra effort to build relationships. He is letting them paint the walls with neon paints and installing black lights in the room. “

They really like having ownership over it,” he reasoned.

Holton is engaged in the lives of these youth, and passionate and happy about his work, even if it is not entirely in line with his degree. The skills he obtained at the college give him credentials and options. It is a degree he can use as a foundation as his life changes.

“It taught me organization and doing something well,” he concluded.

Summer is undoubtedly upon Beaufort County, and with the season come a variety of summer camps taking place throughout the... read more