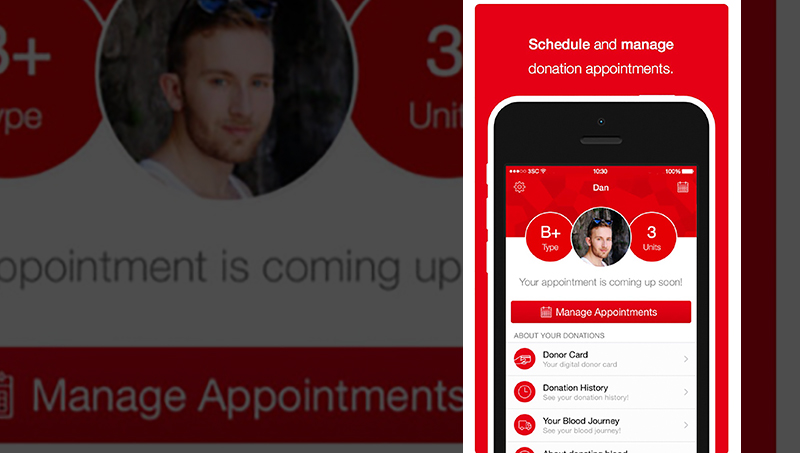 As the temperatures rise, blood donations drop. That’s the way it works every year, according to American Red Cross volunteer Mae Carr.

Now a new Red Cross app is speeding up blood donations, so those of a mind to donate can get in and out in as little time as possible. The app Rapid Pass allows donors to schedule appointments and fill out all the required pre-donation information on the day of the donation and track their donations.

“All they have to do is get their finger stuck and their blood pressure and they’re on their way (to get blood drawn),” Carr said. “So it saves them quite a bit of time, and time means a lot to a lot of people.”

Carr said donors can fill out the time-consuming paperwork and once arrived at the blood drive location, the smartphone app will then be scanned and information digitally transferred. The app is catching on with local donors, she said.

“We’re seeing more and more of them. We love it because it saves more time, and we’re able to get more donors in,” Carr said. “Now we’re seeing more older people that are not tech-savvy — they are more apt to use it than you would expect.”

Two blood drives will be held this week in Washington: from 11 a.m. until 3 p.m. Thursday at First Presbyterian Church, 211 W. Second St., Washington; and from noon to 6 p.m. Friday at First Baptist Church, 113 N. Harvey St., Washington. The Red Cross is encouraging donors to use the Rapid Pass app.

Carr said an increased demand for blood is due to more people being out and about during the warmer weather, which leads to more accidents in which victims need blood, while donors’ vacations and other summer plans lead to a decreased supply during the same time period.

“So summer’s always a slow time for us because of that,” Carr said.

Those interested in downloading the Rapid Pass can find it in their smartphones’ app store.