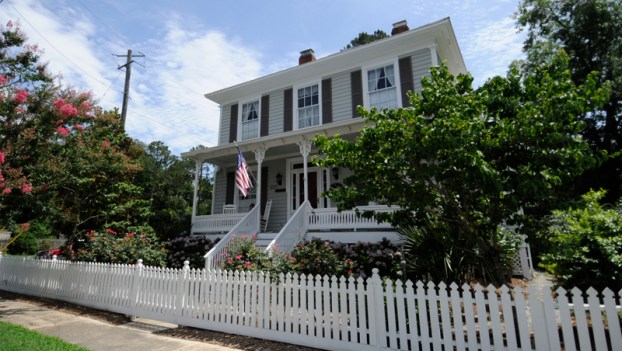 Community adds to the charm of East Second Street home

Its style is modified Federal, with clean lines, a small covered porch and details that point to its construction near the turn of the 19th century. The East Second Street home of Doris and Jim Schneider has its place in history. The lot’s sale in 1881 to Mrs. P.W.F. Randolph can be found in one of the many handwritten entries in the volumes of deed transfers at the Beaufort County Courthouse. Once part of a tract of land called “Bonner’s Old Part,” Mrs. Randolph purchased the property for $150 and built the house that was later deeded over to Jane Randolph in 1910 for the price of $1,030. 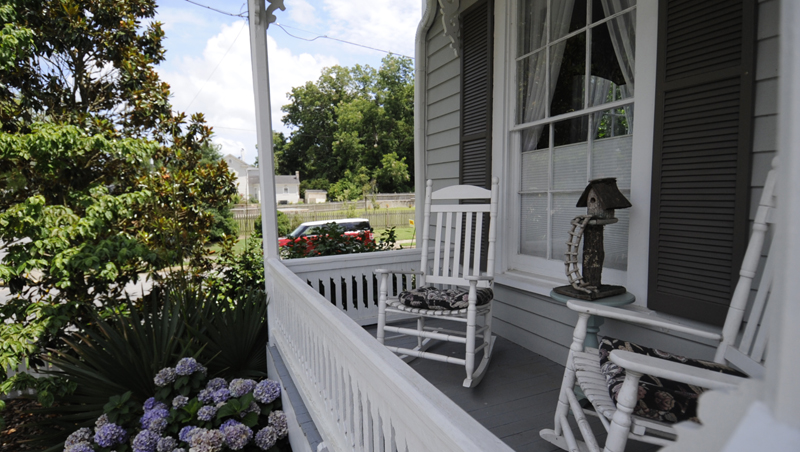 GARDEN VIEW: A small front porch offers a view onto the roses, hydrangea and palms below, and East Second Street — two blocks from the river and three from downtown Market Street. (Vail Stewart Rumley/Daily News)

It was the Randolph home for many decades; the Schneiders are the third owners after the Randolphs. As with any historic home, changes have been made through the years, as each property owner puts their mark on a home with renovations or additions. For the Schneiders, it was raising the house by four feet and tacking a spacious den onto the rear of the house; and adding a shop, garage and carport. The ballast rocks originally used as chimney foundations were repurposed to line the stone path and flower beds leading around the house. The Schneiders had a plan for those flower beds, one they spent years cultivating until they had a colorful, flowering yard that requires little maintenance. Roses and hydrangea lie between the white picket fence and the front of the home; the roses trailing around the Academy Street side of the house. Iris, palms, yellow Lady Banks roses climb up the fencing that surrounds the entire property. 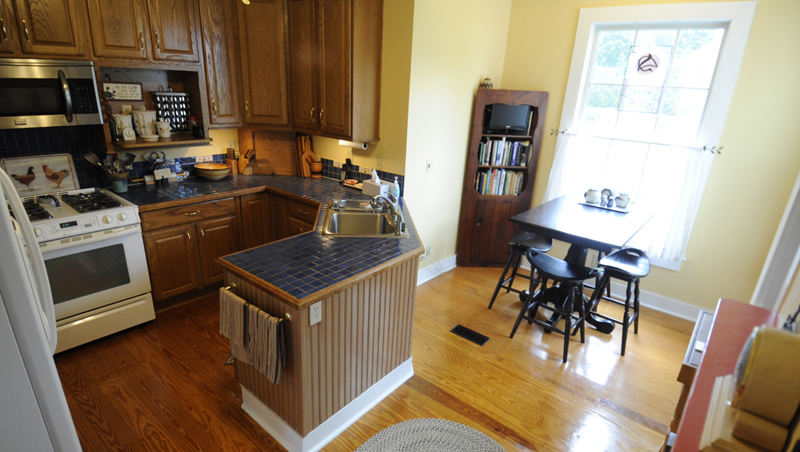 This three bedroom, two bath upstairs with master suite downstairs is a fine example of Washington architecture after the Civil War, when the waterfront was buzzing with ships leaving and arriving at the port and lumber was the big business of the day. With 6-inch-wide heart of pine floors and original six-over-six oversized windows, the home itself speaks to the town’s history. Today, however, its presence speaks to its location at the center of a greater community, according to Doris Schneider.

“I have had a greater sense of community in Washington than any of the places I’ve lived, and I grew up moving two to three places a year, then living in places for extended periods of time as an adult,” Schneider said. “It’s wonderful because I can walk to the waterfront and walk to town and, once again, it’s another community of people that are very open and generous of spirit.” 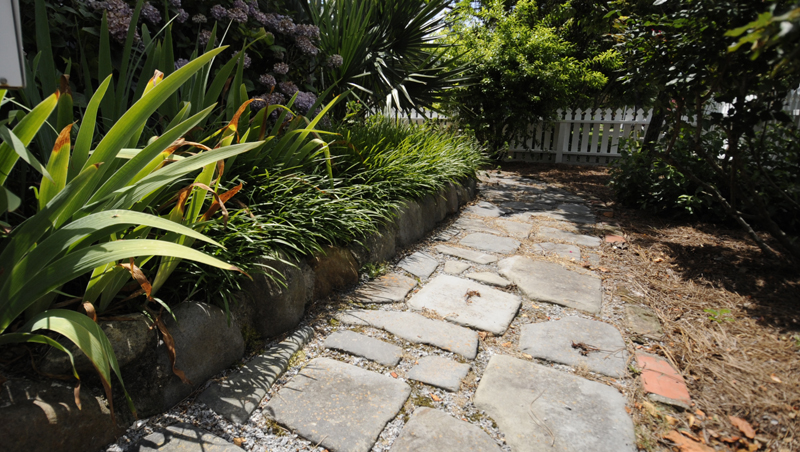 PATH TO THE PAST: The house was raised four feet in 2008; during the process, it was discovered that ballast rock had been used as the chimneys’ foundation. Now it’s been repurposed to frame the bed of iris, liriope, hydrangea and palm lining the stone path around the west side of the house. (Vail Stewart Rumley/Daily News)

“I’m thrilled to see it because I hope it will bring new life to the historic district; to see the downtown area improve and also the older homes — many of them are being bought and improved,” she said.

It was years ago, when this property was sold to an owner who would “buy and improve.” A gentleman by the name of Muck first renovated the property, in the process leaving a legacy that would pass down to every owner of the home since: a series of newspaper pages from 1928 — an ad, a short story, a comics page, a page of news and more. 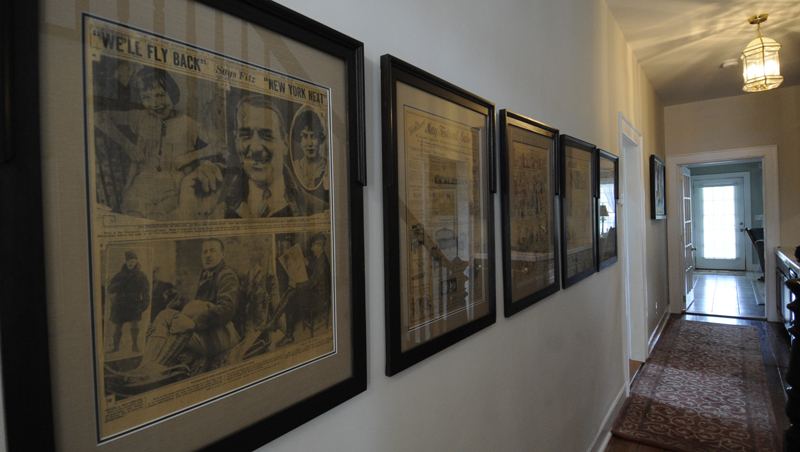 IN THE 1928 NEWS: The hallway linoleum may have been laid down in 1928, because that was the year on the newspapers providing insulation between the original heart of pine floors and the linoleum, when the 6-inch-wide plank floors were restored. (Vail Stewart Rumley/Daily News)

“When the fellow bought the house from the Randolphs, when he renovated, there was linoleum on the hall floor. The newspaper was used as insulation under the linoleum. He picked the best ones and framed them in Federal style, which I thought was very clever and very nicely done,” Schneider said. “We inherited them with the house, and they will stay with house as well as several other antiques that came with the house — things that belong there.”

The Schneiders have decided to pass their home along to its next owner, as they retire to their mountain cabin. But Washington and the community they found here will be missed: “We have loved being there. It was hard decision to leave,” Schneider said.

The home at 323 E. Second St., is listed with Gerri McKinley, owner/broker with Coldwell Banker Coastal Rivers Realty. She can be reached at 252-945-1582.

Carolyn Sleeper’s work is an evolution in art. A master in ceramics, she’s moved from the wheel to mostly hand-built... read more