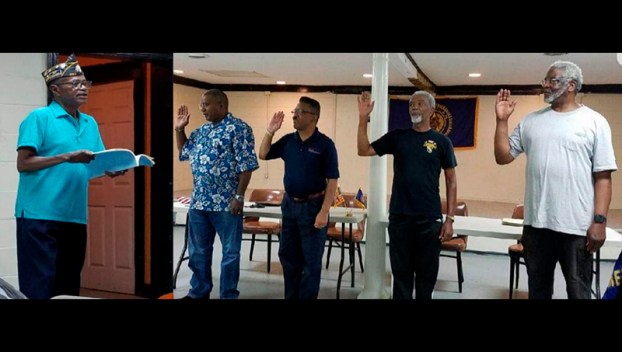 Henry Reeves American Legion Post 263 held its annual installation ceremony conducted by Adjutant Matthew Reddick in the absence of Commander Clarence Johnson, along with a Community Fellowship on June 23. New officers and legionnaires pledged their allegiance and took the oath of office during the event, which took place at Post 263, on Cherry Run Road.

Commander Jerry Cobb briefly spoke following the installation. He expressed how thankful he was to have been given the opportunity to serve for the next year, and that he is looking forward to continuing to moving the post forward in a positive direction.

With the excitement of his appointment and a fresh start, Commander Cobb realizes one year is not long enough for the post to accomplish all of the goals he perceives, for moving the post forward. However, he expressed his eagerness and willingness to get started.

The statistics are staggering. More than 28,000 people are uprooted from their homes each day as a result of war,... read more