By N.C. Department of Natural and Cultural Resources 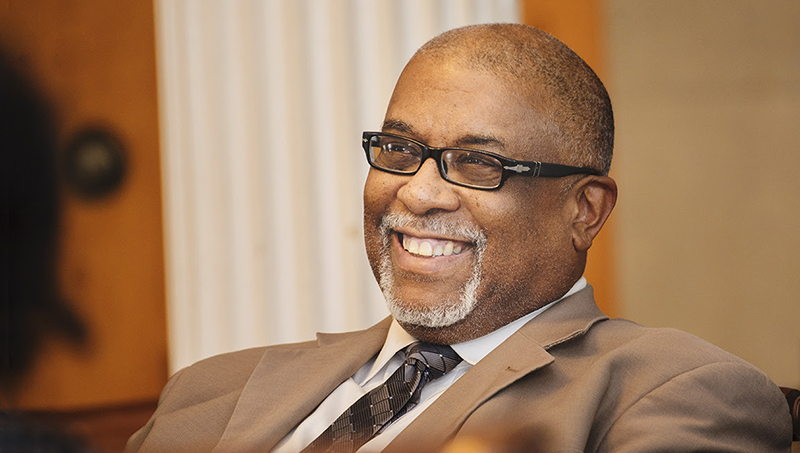 Raleigh — Dwayne Patterson, currently chief financial officer of the N.C. Department of Natural and Cultural Resources, has been named director of the state Division of Parks and Recreation.

“Dwayne Patterson understands the important role that parks and trails play in improving health and quality of life, and will work to expand access to parks throughout North Carolina, especially among children,” said Susi H. Hamilton, secretary of the Department of Natural and Cultural Resources. “His extensive leadership experience, along with his operational and financial background, make him a great fit to lead the department’s largest division.”

“Our state parks system is a treasure, and I look forward to working with the park system staff, local governments, and parks supporters to protect, expand and improve our parks, trails, and open spaces,” Patterson said. “I am humbled by the opportunity afforded me by Governor Cooper and Secretary Hamilton.”
Patterson is the first African American to lead the state parks division. He has been the chief financial officer of the Department of Natural and Cultural Resources since May 2017. Prior to joining DNCR, he was executive director for CREST, a regional non-profit agency that serves intellectually and developmentally disabled adults.

Other significant positions held by Patterson include chief deputy secretary for the Department of Juvenile Justice and Delinquency Prevention, chief financial officer for the Warren and Durham county public school systems, and director of operations for the Museum of Life and Science in Durham.

Patterson was raised in Kinston and graduated with a bachelor of arts degree in accounting from N.C. State University. He lives in Garner with his wife Veronica. They have two adult children.