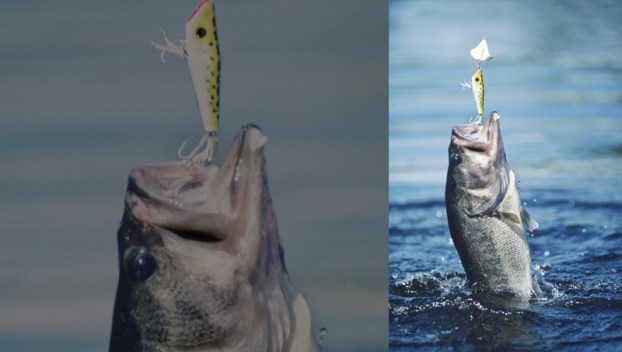 Along with being Independence Day, when the nation commemorates the adoption of the Declaration of Independence, tomorrow is also known as another name in the state of North Carolina: Free Fishing Day.

Ever since 1994, the North Carolina Wildlife Resources Commission has invited both seasoned anglers and would-be anglers to fish for free, with the day always falling on July 4. From 12 a.m. until 11:59 p.m., everyone in North Carolina — regardless if you’re a resident or not — can fish in any public body of water without purchasing a fishing license.

Free Fishing Day provides the perfect opportunity for anyone who wants to try his or her hand at fishing without having to make the commitment of purchasing a license.

The first thing that is needed, obviously, is the proper equipment. Fishing gear can get quite pricey, but for beginners, not much of an investment is needed to get started, according to Tracy Warren, the owner and operator of Warren’s Sports Headquarters, who says fishing, “is fairly affordable to get in to.”

“You can get by with any (amount of) money now. You can go brim pole fishing or with a cane pole, you can get into that for as little as 12-to-15 bucks,” Warren said. “As you go up in money, you get better quality stuff. You get stuff that can take more abuse and that you don’t have to upkeep as much as you do. The more you spend, the better quality you’re getting.”

Despite being cheap, it doesn’t mean going brim pole fishing or using a cane pole will result in less fish caught. On the contrary, Warren said fishing for brim is very productive.

In this area, along with brim, a good fish to begin your angling experience trying to catch is rockfish, according to both Warren and Richard Gerard, the owner and operator of East Side Bait and Tackle.

“Rock, right now in the river, is probably one of the easiest things to catch because there’s so many of them and they’re a really aggressive fish,” Warren said.

Gerard added that rockfish makes for a good fish to start off with because of all the action that goes on while fishing for it. Beginning anglers can have some success reeling them in and develop a love for fishing, instead of going home empty-handed and dejected.

“There’s a lot of action when they’re feeding on top, (it’s) fun fishing,” Gerard said. “It’ll entice you to go back some more.”

The fact that one can fish for rock from a dock, instead of needing a boat, makes it a good type of fish to start with as well. But Gerard warns rockfish are currently out of season, so if caught, they need to be released.

When it comes to actually learning how to fish, Warren said the best way to pick it up is simply to, “Get out and do it.” But one thing you can’t learn from just going out there and trying is fishing etiquette.

The major fishing faux pas is crowding, according to both Warren and Gerard.

“If you see a man that’s fishing and he’s anchored, stay wide berth of him, don’t get close to him,” Warren said. “If the creek’s really narrow and you’re going to run by him with the boat, set the boat down and go no-wake beside him so you don’t wash him up in the bank. Just because there’s fish there, if he’s there first let him have it. If he decides that he wants to leave, then when he leaves you slide in. Just think about how you’d like to be treated on the water.”

When fishing, you also need to be considerate in how you drop anchor.

“When you go to anchor, ease it over,” Gerard said. “Don’t throw it over like you’re anchoring up the Titanic.”

While a fishing license isn’t needed to fish tomorrow, other fishing regulations, such as length and daily possession limits will still be in place. Warren and Gerard suggest for all fishermen, not just beginners, to read up on the rules and regulations to know what size limits there are, as well as knowing what’s in season.

The two also suggest, if someone decides they want to continue fishing after tomorrow, to buy both an inland fishing license and a coastal license. This is due to the fact this area has both types of waters and it is very easy to drift from one to another without realizing.

“Most people I tell them you get both of them and you’re covered,” Gerard said. “It’s cheaper than a ticket from the game warden.”

A local tackle shop can help with the purchase of fishing licenses. They can be also purchased at www.ncwildlife.org/Licensing/Licenses-and-Regulations or by calling the N.C. Wildlife Resources Commission at 1-888-248-6834.

It all began for Sensei David Warren with seeing a legend with his own eyes. As a 13-year-old, the Washington... read more