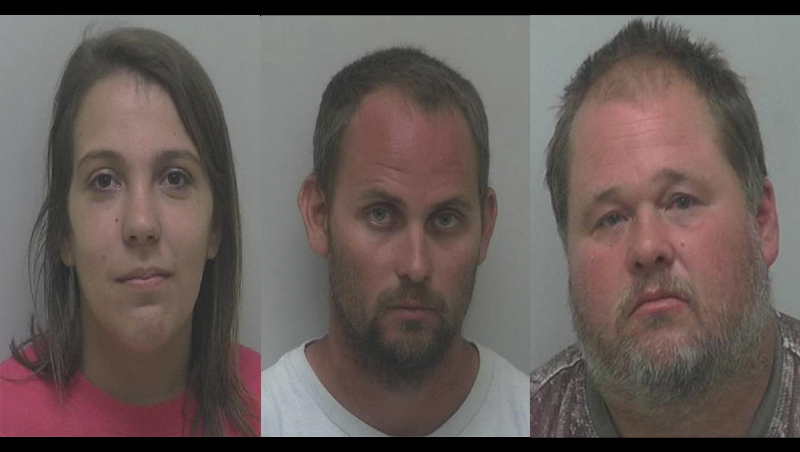 According to a press release from the Beaufort County Sheriff’s Office, on July 2, Beaufort County Animal Control responded to 317 Davis Lane in Pinetown to investigate a complaint of possible animal cruelty. Upon discovering several emaciated dogs with no access to food or water, Animal Control contacted the BCSO for assistance. Deputies responded and began conducting an investigation into the ownership and treatment of the dogs.

According to BCSO Lt. Jim Vanlandingham, the investigation came about as a result of a complaint about the site. From a property adjacent to the area where the animals were kept, deputies and animal control officers were able to collect enough information to obtain a search warrant.

After serving the search warrant on the overgrown property, the release states that deputies and animal control officers found eight separate sites on the property where dogs were kept in pens. They located the skeletal remains of five dogs, one dead adult dog and two dead puppies. 32 live dogs were seized, most of which were classified as Walker Deer Hounds, a breed typically used for hunting.

After being assessed by a veterinarian, the release states that one of the 32 seized was immediately euthanized because of its poor condition. In the following days the remaining dogs were evaluated by a veterinarian and are currently being held by Animal Control. One animal, which was fitted with a microchip, was returned to its rightful owner.

According to Vanlandingham, this is not the first instance of animal cruelty investigated on the property.

Davis was placed on probation and required to pay a $500 fine. As one of the conditions of his two-year probation, Davis was not allowed to own or possess any dogs during that time period.