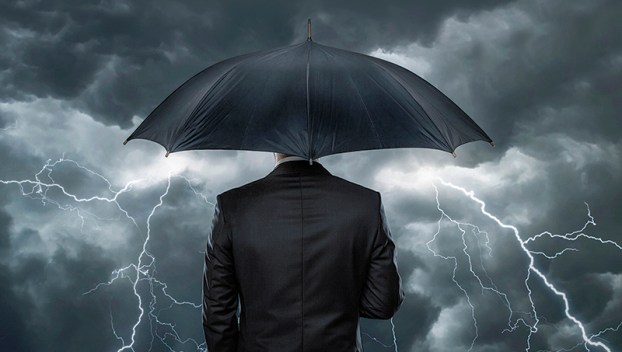 In 2016, the most recent data available, a total of seven people died by suicide in Beaufort County, five men and two women. In June alone, the Washington Police Department responded to four such calls related to potentially suicidal people, according to activity logs.

Nationwide, suicidal behavior is on the rise. According to a June, 2018 report from the Centers for Disease Control and Prevention, suicide rates increased by nearly 30 percent between 1999 and 2015. In 2016, nearly 45,000 suicides took place in the United States. In North Carolina, that number was 1,373, making suicide the 11th leading cause of death in the state.

Washington resident Dr. Philip T. Ninan, an affiliate professor of psychiatry and behavioral medicine at East Carolina’s Brody School of Medicine, offered perspective on the issue. He also serves on the national and state boards of the American Foundation for Suicide Prevention.

While suicide has historically been associated with depression and other mental health problems, Ninan says that those who die by suicide often may not have any history of mental illness. Rather, some of these individuals tend to be in a place of intense despair created by major life stressors such as relationship breakdowns or impending crises in their lives.

“While it is easy for us to say that suicide happens among those people who have a mental illness, there is also a vulnerability that may be universally human, “ Ninan said. “If you put the person in the right circumstance, there is some risk of suicide. We need to therefore be able to look out for each other. It’s a vulnerability that may be part and parcel of the nature of our humanity. ”

In 2015, according to information from the North Carolina Violent Death Reporting System, suicides accounted for nearly 67 percent of all violent deaths in the state. That same data indicates that 56 percent of suicide deaths involved a firearm, with hanging and poisoning accounting for 21 percent and 17 percent, respectively.

While Ninan says that the AFSP does not take a political stance on issues such as gun control, he does say that suicide attempts involving firearms result in an 85-percent mortality.

“If you suddenly have an impulse and a firearm is available, it is much more likely that the person is going to complete suicide,” Ninan said. “We want people who own firearms to be educated about these risks so they can take the necessary action to prevent themselves and their loved ones from being vulnerable, in a moment of extreme distress, to using firearms to take their lives.”

When it comes to terminology, Ninan says that the discipline has tried to move away from the term “committing suicide,” saying that this implies some type of guilt on the part of the deceased. Rather, the preferred terminology is that a person has “died by suicide.” The reason behind this change in terminology has to do with the condition of the brain during the moment when a person takes action that results in death by suicide.

What we are learning is that most of the people who are taking their life have done it through the automatic part of the brain, not by willful choice,” Ninan said. “They have done it in a period of time when they are in a state of turmoil, where they spiral down into more automatic behaviors. The brain might have all the capacity, but that capacity is taken offline. That’s why we don’t think a person should be blamed for suicide. It’s not a willful act that they have chosen in that particular moment.”

For the more than 200 North Carolinians who call the National Suicide Prevention Lifeline each day, their calls are received by the REAL Crisis Intervention Center in Greenville. The lifeline is available 24/7 by calling 1-800-273-8255.

At the other end of the line, an experienced crisis counselor will be there to listen, provide support and offer referrals to local resources for those contemplating suicide. While Ninan encourages those experiencing suicidal thoughts to call the hotline and seek professional help, he adds that a close friend or family member can also make all the difference for a person contemplating suicide.

“When there is a change in behavior, be aware of it and talk to them about it,” Ninan said. “Bringing the subject up is very healthy and does not result in people taking their lives. Being available emotionally (can make a difference).”

A direction for society

Overall, as someone who has devoted a significant portion of his life to suicide prevention, Ninan says that there are a few steps we can take as a society to address the issue, including better education on the topic nationwide, making services available for vulnerable people and working to reduce the stigmas and the barriers associated with accessing care.