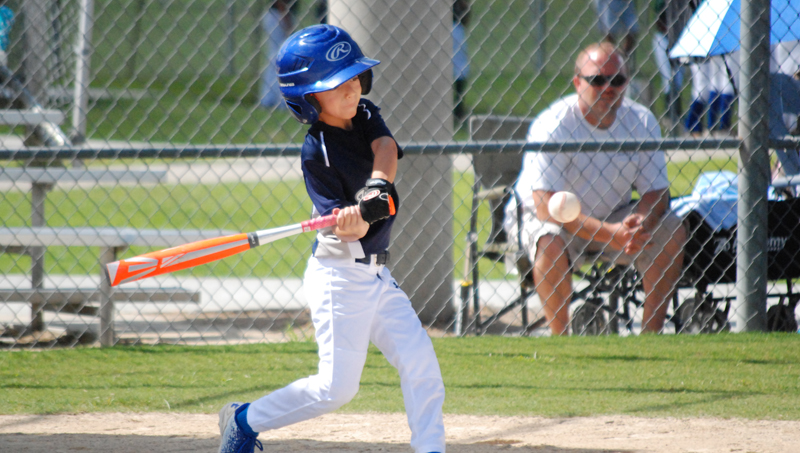 Despite the loss, Washington still booked a trip to Hickory for the Tar Heel League State Championship Tournament, as both district champions and second-place finishers receive a spot in the state tournament.

Playing in their second game of the day, the Washington All-Stars started off strong to take the lead after the game’s opening inning. After Dare County scored two runs in the top of the first, thanks in large part to Trevor Dobson’s RBI-triple, Washington came right back to put three runs of its own on the board.

Washington’s Brandon Granadero opened the scoring for his team, driving home Layton Spivey with a single to left field. Creek Hall followed up with a two-RBI double to give his team the lead.

Unfortunately for the Washington All-Stars, their bats cooled off during the second and third innings. They were shut out during those innings, not able to generate any hits. Making matters worse for Washington was the fact Dare County experienced no such hitting slump. As Washington stepped back up to the plate at the bottom of the fourth, the Dare County All-Stars led 6-3.

Desperately needing a spark, Granadero jumpstarted his team’s offense with a double to lead off the bottom of the fourth. Hall, continuing his hot hitting, smacked another double to bring Granadero home. RBI-singles from Brennon Warren, Colin Crocker and Blake Arnold put the Washington All-Stars right back into the game, as they trailed Dare County 9-7, heading into the fifth.

Displaying the resiliency one would expect from a team that was undefeated so far in the tournament, the Dare County All-Stars answered back in the fifth. Six-straight hits to open the inning scored five runs for Dare County, making the score 14-7.

With their backs against the wall, the Washington All-Stars responded, and once again it was Granadero and Hall, with help from their teammates, getting it done at the plate. Aubrey Turnage scored Washington’s first run of the fifth, reaching home thanks to a Spivey base hit. Granadero then drove Spivey home with a single for the second time in the game, bringing Washington within five runs. Apparently tired of hitting doubles, Hall crushed a ball to the center field wall for a two-run, inside-the-park home run.

Entering the final inning and trailing by a score of 14-11, Washington needed to keep Dare County from scoring more than two runs, due to league rules in the 8U division that allow teams to score only five runs per inning. It seemed like Washington was going to get the job done as Dare County got two quick outs with a base runner on first. But consecutive hits from Landon Miller, Nathan Clark and Dobson scored three runs to crown Dare County district champions.

Even though Washington didn’t win the district title, it still earned a trip to the state tournament, thanks to a thrilling victory over Pitt County in the district tournament semifinals earlier today. The Washington All-Stars showed their resiliency, battling back from a six-run deficit to take the lead in the bottom of the fifth and coming from two runs down in the sixth to win 10-9 over Pitt County.

Washington chipped away at the initial six-run deficit, scoring three runs in the fourth and four in the fifth. It was a team effort, with seemingly every player chipping in with a big hit. After expending so much effort to tie the game, it would’ve been easy for the Washington All-Stars to hang their heads when Pitt County took a 9-7 lead in the final inning. But that’s not what All-Stars do, as Washington showed.

A Hayes Walker RBI-triple and a Turnage RBI-single tied the game at nine runs apiece. That set up Hall to be the hero. With two outs and runners on first and second, the Washington first baseman blasted a RBI-double into the outfield for the walk-off victory.

Both Washington and Dare County will head to Hickory to play in the Tar Heel League State Championship Tournament, which starts on July 26.