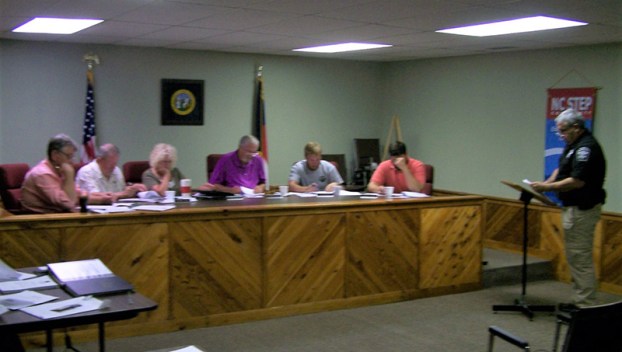 Law enforcement calls increased in Columbia in May

Tyrrell County sheriff’s officers responded to 721 law enforcement calls inside Columbia during May, Sgt. Kevin Sawyer reported to the town’s board of aldermen July 2.

Nineteen ambulance calls and one fire call were reported in town during May versus 27/2 in April and 18/3 in March.

Offenses reported in the area northwest of the Broad Street and Scuppernong Drive intersection were: one investigation and four citations.

In the northeast there were seven investigations, eight citations, one criminal summons served, and one warrant served for simple assault, breaking and entering, and second-degree trespassing.

And the southeast sector was the scene of one investigation, nine citations issued, one arrest order served, one on-view arrest for drug violations, and one warrant served for driving while license revoked and drug possession.

Arrests made at the sheriff’s office were for failure to appear in court and failure to pay child support. Three warrants were served for possession of controlled substance on prison premises.

The officer assigned to in-town duty drove 368 miles during May.

The State Transportation Improvement Plan map for 2018-27, updated June 28, shows a blank for Tyrrell County. That means, among... read more