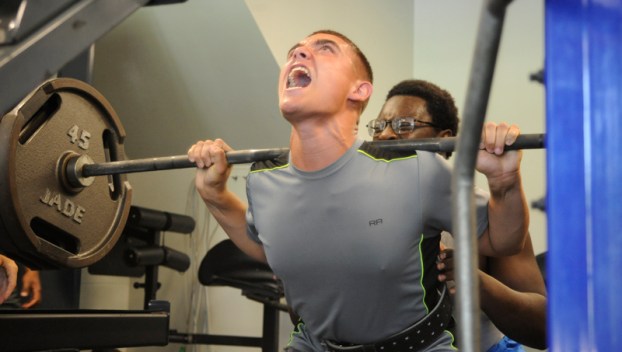 The Washington football program is heading into the second year of its rebuild with Jon Blank at the helm as head coach having already made a return to the playoffs in year one. The Pam Pack is hoping for an even bigger improvement in year two of the process, due to all the work put in by all associated with the program.

A large part of the rebuilding process has been a change in culture. Blank and his staff are using mantras, such as “family over everything” and “we work” to help create the mentality they want their team to have. A considerable portion of the team’s culture shift has been a rededication to the weight room.

And after one year, the program has led to positive results.

The hard work put in hasn’t just resulted in bulging biceps and tree trunk-like quads. Owens said there has been a change in mentality with the team acting like a family.

“When we have kids miss times on pyramid (runs), which happens, we’ll have a kid who missed. A year ago when I did it, kids would turn on each other and it would be a finger-pointing fest,” Owens said. “Now, it’s ‘come on bro, get right, I got you.’ You see guys laying back in a run to push the weak link along. You see guys stepping up and taking care of their brother.”

A large part of why the weight-lifting program has been so successful is because the players bought in. Owens said that while many programs can struggle to get their kids into the weight room, that hasn’t been the case for the Pam Pack. 67 of Washington’s 70 football players have been running and lifting with him year around since last April.

Owens also pointed to others to receive credit for all the Pam Pack has accomplished in the weight room.

“It’s been a commitment from the community with upgrading our facilities and what we need, to the administration getting all the kids we needed in weightlifting, and to coach Blank having the vision to hire me and hire coach (Jeremy) Ambrose as my assistant and say, ‘alright, you’re going to run this program. You were hired to do this.’ And he lets me do that and it’s been a phenomenal turnaround,” he said.

While Owens said it’d be great if all this work equates to more wins, the purpose of the program they’re instilling at Washington is to build young men. Part of that is creating a mentality to work hard in all aspects of life.