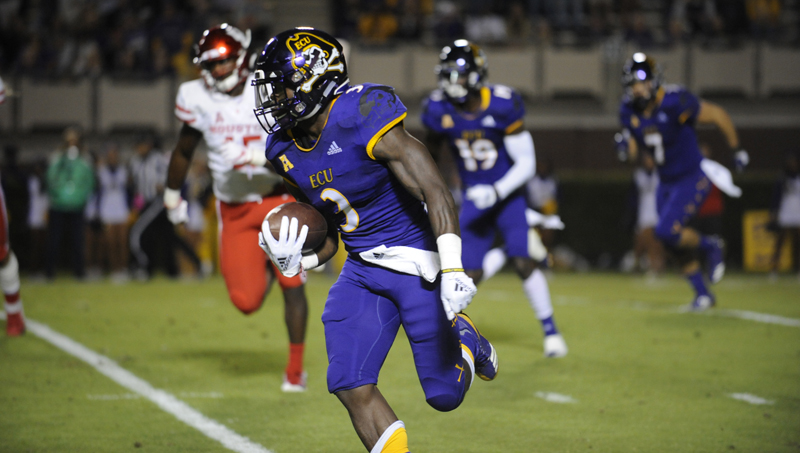 HIT THE GROUND RUNNING: Anthony Scott and the rest of ECU’s running backs will look to have productive games on Saturday, as UCF surrenders an average 198.3 rush yards per game. A strong running game will go along way in helping quarterback Holton Ahlers, who will be making his first collegiate start. (Sean Finnerty | Daily News)

East Carolina lost in a blowout for the second consecutive week, 42-20, this time at home by AAC West division front-runner Houston (5-1, 2-0 AAC). The Pirates were held to just 6 points before the fourth quarter, but once head coach Scottie Montgomery put in true freshman quarterback Holton Ahlers, who lost his ability to redshirt this season by playing in the contest, ECU drove down the field to score on 96 and 67-yard touchdown drives to cut the deficit.