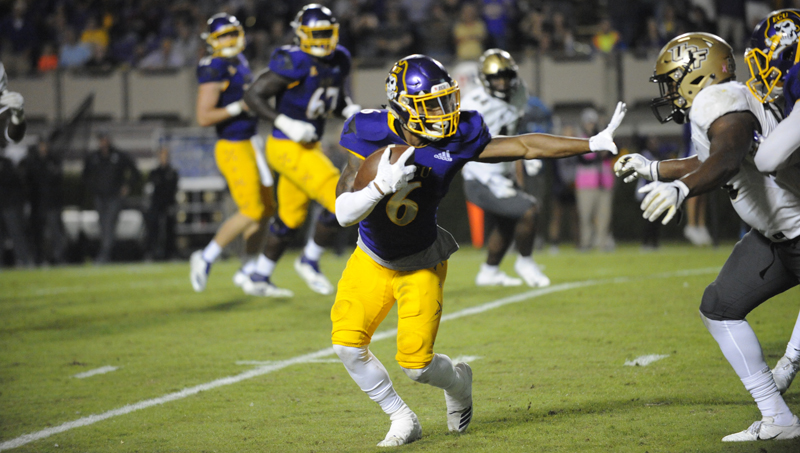 REVENGE ON THE MIND: Running back Hussein Howe and the rest of the Pirates will be out for vengeance Saturday against Memphis, looking to pay back the Tigers for ECU’s 70-13 loss at Memphis last season. (Sean Finnerty | Daily News)

Prior to a bye week last Saturday, East Carolina hosted Central Florida on Oct. 20 for Homecoming, falling 37-10. The Pirates were on the verge of making it a one-score game in the third quarter when they were lined up for third and goal at the 1-yard line. But a costly fumble by quarterback Holton Ahlers, in his first career start, resulted in a 94-yard fumble return for a touchdown that took the remaining life out of ECU. The turnover resulted in a 14-point swing, and UCF put the game out of reach by recovering another fumble on the next drive and scoring four plays later. In Ahlers’ first start, he accounted for 475 yards (406 passing, 69 rushing) and had more yards than the entire Knights’ team (427).