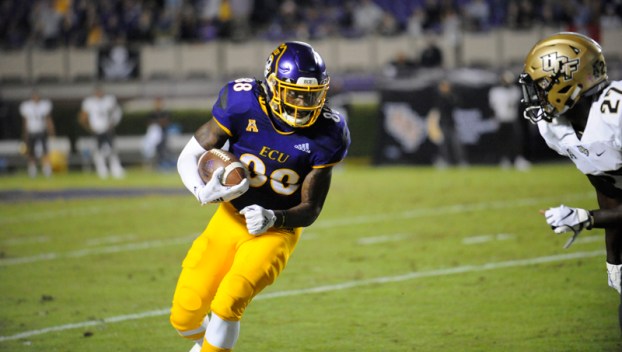 BRACE FOR IMPACT: Fresh off of snagging 10 catches for 193 yards and two touchdowns against Memphis last week, Trevon Brown may very well need a similar performance against Tulane Saturday, as the Pirate defense is beginning to show signs of regression and ECU needs to win its remaining games to possibly earn a bowl trip. (Sean Finnerty | Daily News)

ECU’s defense hindered the Pirates from having any kind of chance at home last Saturday in the 59-41 loss to Memphis. Surrendering the most points of any game this season, ECU couldn’t get a defensive stop on a majority of drives and its offense couldn’t keep pace for all four quarters. The Pirates were exposed on the ground and in the air, as the Tigers accumulated 639 yards of total offense, the most of any opponent this year. The horrendous defensive play brought back fears for fans from the previous year, as the big plays the Pirates gave up mirrored their struggles from last season.

CHOCOWINITY — The milestones for the Southside soccer program keep on mounting in 2018. Forward Luke Matthews already broke the... read more