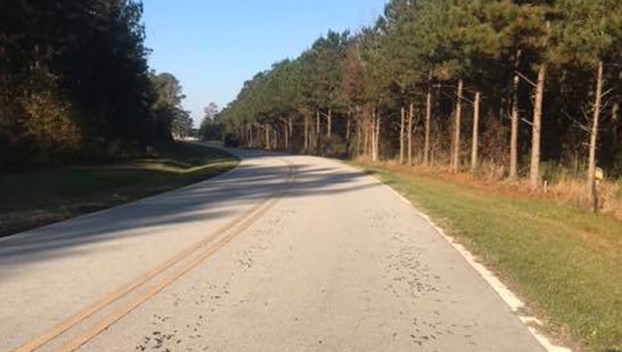 BLOUNTS CREEK — Vandals have created a dangerous, and potentially deadly, roadway hazard in the Blounts Creek community this week, and the Beaufort County Sheriff’s Office is looking for those responsible.

In the past week, on two separate occasions, thousands of screws have been intentionally spread on the roadway in the vicinity of Hills Creek and River Hills roads, damaging more than a half-dozen vehicles and shredding countless tires.

According to BCSO Patrol Lt Kelly Cox, initially, deputies suspected that the screws might have fallen from the back of a contractor vehicle. Upon closer examination, however, the screws were placed on the roadway directly where a vehicle’s tires would ride during travel. A second instance of the screws being spread removed any doubt that this was the work of vandals.

In addition to the residents who live in the affected communities, Cox said that school buses and first responders also frequent the area, multiplying the dangers posed by the vandalism. He went on to say that the posted speed limit on some stretches of impacted roads is 55 miles per hour.

“You have parents taking their kids to school and you have grandma and grandpa driving up and down the road,” Cox said. “If you have first responders — police, fire department or EMS — and somebody’s in cardiac arrest and all of the sudden they have holes in their tires, it is a life and death situation.”

As a result of the incidents, Cox said that the BCSO will be stepping up patrols and establishing surveillance in the area. While Cox suspects the culprits may be juveniles, the BCSO has yet to determine a suspect or a motivation for the crime.

Anyone who has information on this crime is encouraged to call Beaufort County Crime Stoppers at 252-974-6400. Crime Stoppers will pay up to $1,000 for information leading to an arrest, and individuals providing tips may remain completely anonymous.