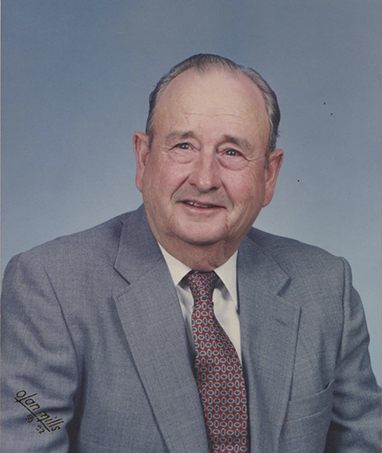 Charles Braxton “C.B.” Windley, of the Beckwith Community, age 91, passed away peacefully on Dec. 11, 2018, at the home place where he was born.

Born June 1, 1927, in the Beckwith Community, he was the son of the late Charles Sylvester and Ella Keech Windley.

C.B. was a graduate of Bath High School. He proudly served his country in the United States Army Air Corps. He returned home, and on Sept. 4, 1948, he married Jean Gower. They recently celebrated their 70th wedding anniversary.

Upon returning home from service, he helped his Dad on the farm. In later years, he and his son, Chuck, established Windley Carpentry. He was a self-taught carpenter, having no formal training, he followed his passion and became a master craftsman. He had an exceptional work ethic, which he taught his children and grandchildren, that “any job worth doing was worth doing right.” In the 1980s, he and Jean started one of the first pecan cracking businesses in the area. Together they worked side by side and ran the business from sun-up to sun-down, cracking thousands of pecans each year. They ran the business until their mid-80s, making hundreds of new friends.

He is also survived by a sister, Barbara Windley, brother-in-law Case VanWyk, and several nieces and nephews.

The family extends special thanks to all those whose daily faithfulness, personal attention and expert loving care allowed him to continue to live at home and make his life as comfortable as possible: Kim Harvey, Aries Moore, Joeanne Jones, Veronica Ross, Iris Wilkinson, the staff of Community Home Care & Hospice, and the VA staff in Greenville.

The family will receive friends one hour prior to the service at the church and other times at the home.

“He fought the good fight, kept the faith and finished the race.”

Paul Funeral Home & Crematory of Washington is honored to serve the Windley family.