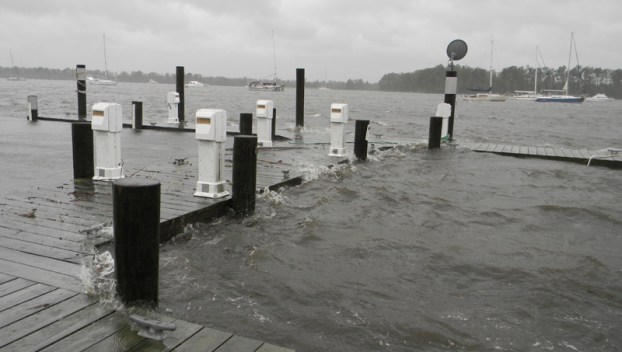 The deaths of three people in two separate incidents on Beaufort County waterways this year is one of the Daily News’ Top 10 stories of the year.

The first occurred on Jan. 17, during a raging snowstorm and near white-out conditions on the water. Capt. James Cleary Jr., assistant chief with the Belhaven Volunteer Fire Department, responded to a TowBoatUS call of a vessel in distress in the early hours of that morning. But at the intersection of the Pamlico and Pungo rivers, high winds, rough waters and limited visibility caused Cleary’s 21-foot tow boat to capsize, as it struggled to tow a 47-foot sport fisher to harbor. By daylight Jan. 17, volunteer fire and EMS departments, water-rescue teams, Marine Fisheries and Wildlife Resources officers and local commercial fishermen were on the water searching for Cleary. The U.S. Coast Guard first responded with a boat and crew from Hobucken and a helicopter search crew from Elizabeth City, but the weather hampered rescue efforts. The search was called off at sundown to resume the next morning.

Cleary’s body was recovered the afternoon of Jan. 18.

“It’s not the ending that we were hoping for, but it was closure,” Chris Newkirk, fire/emergency management chief for Beaufort County Emergency Services, said at the time.

In August, the Pamlico River was once again the scene of tragedy. Bayview residents Thomas and Sarah Baker went out for a ride on their 20-foot Grady White powerboat, leaving from the boat’s slip at Potter’s Creek Marina on North Creek the afternoon of Aug. 17. Neighbors spotted the Bakers’ vessel adrift at the mouth of North Creek at approximately 6:40 p.m. Ultimately, the U.S. Coast Guard would deploy three boats and four aircraft during the search for the Bakers, and more than a dozen local and state agencies from Beaufort, Craven, Pamlico, Gates and Hertford counties contributed in the search for the couple. The bodies of Sarah and Thomas Baker were recovered the following Sunday morning on the eastern shore of North Creek. No one witnessed the exact circumstances that sent both of them into the water, but neither were wearing PFDs when their bodies were recovered.

“The bottom line is they got in the water without life vests. … I don’t know if we’ll ever know why, but that’s the basis of the tragedy,” Potter’s Marina owner Conner Potter said at the time.

The Bakers, both in their early 70s, were full-time residents of Keswick, Virginia. The couple had purchased their riverfront Bayview home within the year before their deaths.

TOP 10 OF 2018: BCS attempts withdrawal from NERSBA, courts say no

An attempt by the Beaufort County School system this year to withdraw from participation in the Northeast Regional School of... read more