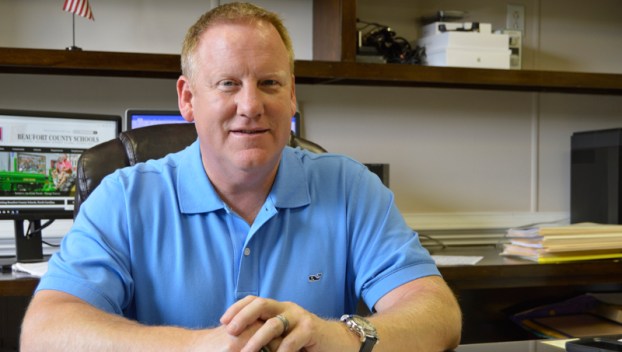 FAREWELL PHIPPS: Dr. Don Phipps departed from his role as Beaufort County Schools Superintendent after eight and a half years in June, taking on that same role at Caldwell County Schools. (Matt Debnam/Daily News)

The second half of 2018 has marked a time of significant transition at Beaufort County Schools. With the departure of BCS Superintendent Dr. Don Phipps in June, the search for a new superintendent has weighed heavily on the Beaufort County Board of Education in recent months. Early this month, that six-month search came to a close with the hiring of Matthew Cheeseman. 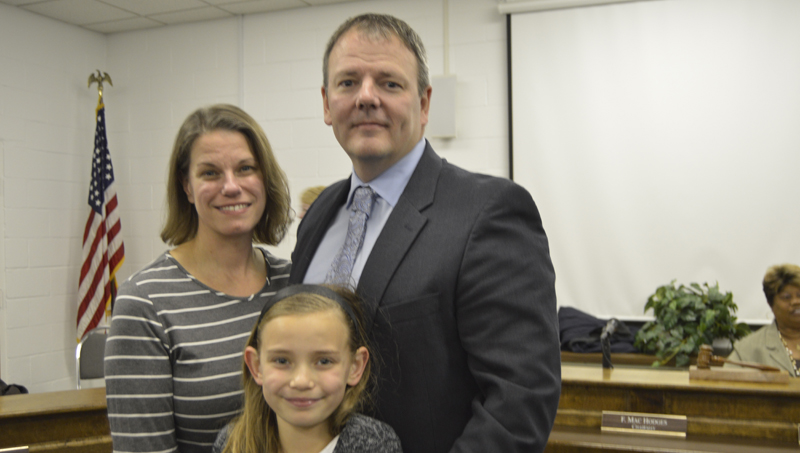 A WELCOME ADDITION: The Beaufort County Board of Education, by unanimous vote, hired Perquimans County Schools Superintendent Matthew Cheeseman to serve as Beaufort County’s new superintendent on Dec. 6. He is pictured here with his wife, Dr. Lisa Cheeseman, and his 9-year-old daughter, Zofia. (Matt Debnam/Daily News)

The announcement of Phipps’ departure came May 7. After eight and a half years of service to BCS, the superintendent made official that he would be taking a position as superintendent of Caldwell County Schools. Just down the road from his alma mater of Appalachian State University, the move will allow him to be nearby while family members attend university there.

After the announcement, it didn’t take long for the Board of Education to take action. During its meeting on May 15, the board voted unanimously to retain the services of the North Carolina School Board Association to assist in the search for Phipps’ replacement. Soon after, it was announced that Assistant Superintendent Mark Doane would fill the role of superintendent in the interim.

As the month came to a close, Phipps was honored at a farewell reception at the N.C. Estuarium. Offering parting thoughts in a column, Phipps thought back on his time in Beaufort County with fondness, encouraging the school system to press onward:

“While I am leaving this county to become the superintendent in Caldwell County, I will always have an interest in your work and success and there will always be a piece of me here,” he wrote. “Together we have done great work, but there is still work to be done. With the leadership of the Board and the talent and commitment of the team members of BCS and active engagement of the community I have no doubt that great things lie ahead.”

By the deadline for applications in July, the BOE had a pool of 47 candidates from 11 states apply to become the school system’s next superintendent. Throughout the months of August, September and October, the board whittled down those candidates to a short list. In October, the board held a total of eight meetings, with interviews of the top eight candidates mixed with regular business.

“I cannot tell you how well this board has answered the challenge of this process,” BOE Chairman Mac Hodges said at the time. “Each and every board member has gone beyond the call of duty, and they are doing their very best to find the next person to lead this school system.”

And find that person they did.

In a special meeting on Dec. 6, the board formally announced their pick — Matthew Cheeseman, who currently serves as superintendent of Perquimans County Schools. Cheeseman, who brings with him his wife, Dr. Lisa Cheeseman, and his 9-year-old daughter, Zofia, is slated to begin work on Jan. 2, 2019.

Amidst the festivities surrounding New Year’s Eve this year, a number of businesses are staying open late to ring in... read more