Kidwell sworn in, shares thoughts on going to Raleigh 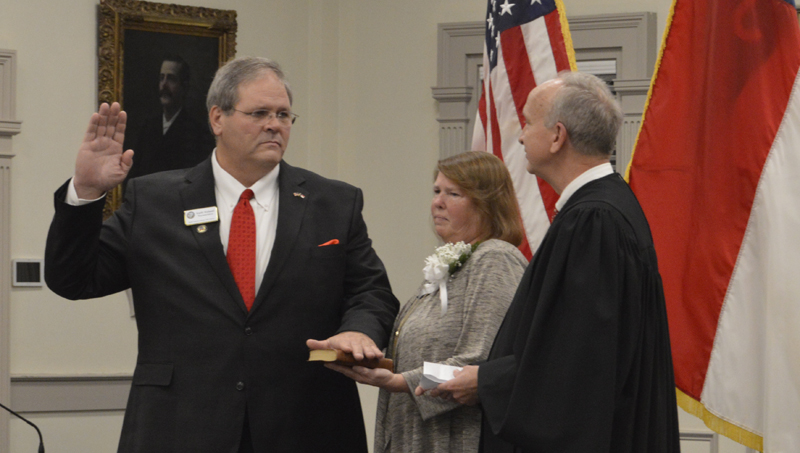 As the N.C. General Assembly prepares to kick off the new year with its organizational meeting on Monday, a new face will represent the people of Beaufort and Craven counties in the N.C. House of Representatives. On Friday, Keith Kidwell was sworn into office at the Beaufort County Courthouse as the first representative of the newly-created N.C. 79th House District. Prior to the swearing in, he shared some thoughts on starting his term in the General Assembly. 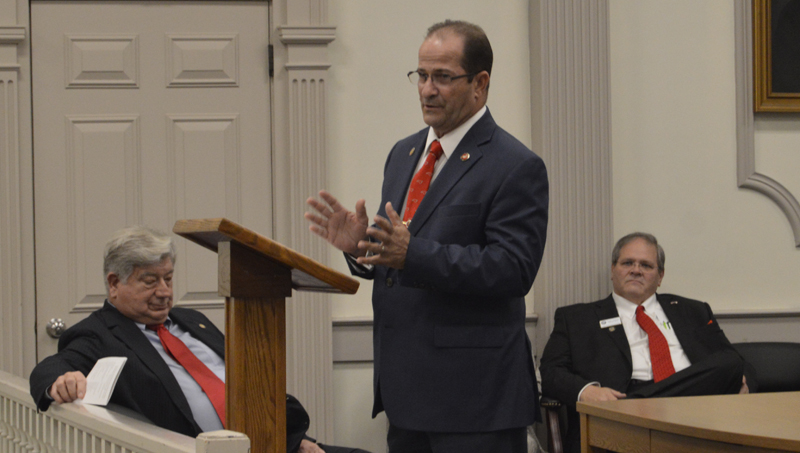 Kidwell: Clearly it’s going to be exciting. I think there’s going to be a lot of learning going on to see how things are done. I’m very interested in getting to work and in making changes to things that haven’t been able to be changed yet. There are some very serious issues with our tax laws, and that’s something that’s going to come to my attention immediately. Not only do taxes need to be lowered, they need to be easier for the average person to handle on their own.

WDN: In your platform in the WDN Voters Guide, you wrote that jobs, lower taxes and better infrastructure are three of the most pressing needs in Eastern North Carolina. As a freshman legislator navigating the General Assembly, how will you seek fulfill these needs?

Kidwell: It’s going to take getting the attention to Eastern North Carolina that we’ve lacked in the past. I know Representatives Speciale and Boswell have done a good job for us. The problem I would see is that it’s hard to represent an area if you’re not directly in the area. Mike had a small portion of Beaufort County and Beverly was a fairly good distance away, making it hard for them to see the problems we face. I’m here everyday living it with the taxpayers of the 79th… I think by having that perspective, it’s going to make it a little easier for me … If something needs to be paid attention to, I’m going to make sure that attention is brought to it by the General Assembly and the Governor to make sure we see the things here in ENC that they do in Raleigh, Charlotte and Fayetteville. We pay taxes just like everybody else, so it’s time for Raleigh to take notice that ENC needs jobs. We’re going to get those jobs by fixing and advancing our infrastructure that we’ve not done over the past decade and a half. The way that will have to be done — I’m going to have to build coalitions. I’m going to have to get fellow legislators to make sure they understand our issues here in ENC.

WDN: Statewide, what do you feel are some of the most pressing issues facing North Carolinians?

Kidwell: My largest concern is always our taxes. I think we tax too much across the board. When you take federal tax, state tax and sales tax, plus licenses, fees and registrations, people are paying out 50 percent and more of what they earn. I don’t care who you are, that’s too much.

WDN: As someone with background as a tax professional, it’s safe to say you know a thing or two about N.C. State taxes. Do you see any flaws in the current tax code and how do you think your prior knowledge will serve you when addressing state finances?

Kidwell: If we look at the North Carolina constitution, it says we shall be allowed personal exemptions and deductions so that only net income is taxed. N.C., when they rewrote the tax code, took out the personal exemption. So currently, our tax law is in violation of our Constitution … There’s an inequity in the law when a small business owner can deduct something that the person who works as an employee cannot.

WDN: At this juncture, it seems both statewide and nationally, we’re seeing deeper and deeper partisan divides in politics. How will you work with both Republicans and Democrats in the House to ensure good legislation for the people of North Carolina?

Kidwell: The main thing I think all legislators at the state and federal level need to remember is the first thing we’re supposed to do is represent the American people. I don’t care if you’re Republican or Democrat, you’re American. That’s what we have to keep in mind when we’re legislating. There are issues that put themselves as a roadblock to that, or people who are closedminded. We’ve got to learn how to work around those people. We’ve got to do what’s right for the people of N.C. and the U.S. Currently, too many people look for ways to divide us. Most people I’ve talked to have the same thing in mind — they want to work and have freedom to do the things they want to do. We agree on most things. It’s truly the minor issues we don’t agree on and those are blown way out of proportion.

WDN: If you could introduce one piece of legislation on your first day in office, what would it be?

Kidwell: I’ve already got some bills in writing and I’m going to leave those until they come out. I’ve already introduced some legislation that’s in bill drafting as we speak.

WDN: If you could pick one legislative committee to serve on, which would you choose?

WDN: Anything you want to say directly to the people of the 79th District?

Kidwell: The people of the 79th have done something the people in Raleigh don’t realize yet. They’ve put somebody in a seat that is going to go out and work diligently for the people of ENC, be they Republican, Democrat or unaffiliated. I realize that my job is to go up there and do the right thing for the people here in ENC and the state and general. I’ve got the business background, tax experience and the determination to be successful for the people here.