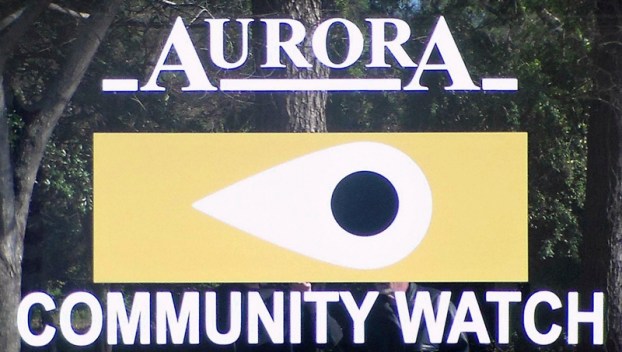 AURORA — The Beaufort County Sheriff’s Office has taken the lead on law enforcement coverage in Aurora, following the resignation of Aurora Police Chief Mike Harmon. The town joins three other county municipalities, Bath, Pantego and Washington Park, in relying on the BCSO for its police coverage.

“Mike was just ready to get out of law enforcement,” Aurora Mayor Clif Williams said of the police chief, who resigned in December. “We’re really going to miss him, because he just did a fantastic job for the town.”

“We’re not police officers, but we care about our community and the safety of the public,” Community Watch Director Rick Baker said. “We’ve had a good working relationship (with the Aurora PD), and we intend to grow that relationship with the county. Our community watch was unique in that we had a police department that we worked with.”

Growing over the years, the organization now claims 35 members. Among those who have attended Community Watch meetings, BCSO Patrol Lt. Kelly Cox is already familiar with the organization and some of the public safety concerns facing Aurora and its residents. Cox says he hopes to start sending a deputy to the Aurora Community watch meeting on a monthly basis to hear feedback and concern from citizens

“There is going to be an increased presence with the Sheriff’s Office in Aurora,” Cox said. “Deputies are going to be down there doing business checks and walking or driving through the town. We already have a pretty good presence down there with investigators or narcotics, and typically they drive unmarked vehicles.”

For the BCSO patrol division, the shift in coverage will put more attention in the Aurora town limits, within the confines of the resources available. With five deputies and a sergeant on shift at any given time, and two patrol cars assigned to the south side of the river, Cox says there is some potential for deputies to be spread thin.

“Make no mistake, we do need to add to patrol, but that’s up to the county commissioners,” Cox said. “We needed that before we took over with Aurora. You’re always one bad phone call away from tying up two or three deputies. That’s what kind of keeps me up at night.“

Above all, Cox says that open lines of communication between the community and the Sheriff’s Office are always key to providing effective coverage, be it in Aurora, Bath, Pantego or Pinetown. Organizations like the Aurora Community Watch help make that happen.

“We always have a people who take a lot of ownership in the areas that they live,” Cox said. “So when there is an issue, we take care of it. Something people have to understand is that sometimes there may be something going on in Edward, and there will not be a car fully committed to Aurora until we get at least another patrol deputy on shift. We have five per shift and I would love to see six. We have other programs that have grown and taken precedent.”

For those looking forward to some late winter/early spring fishing, there’s good news on the horizon. Work continues on Havens... read more