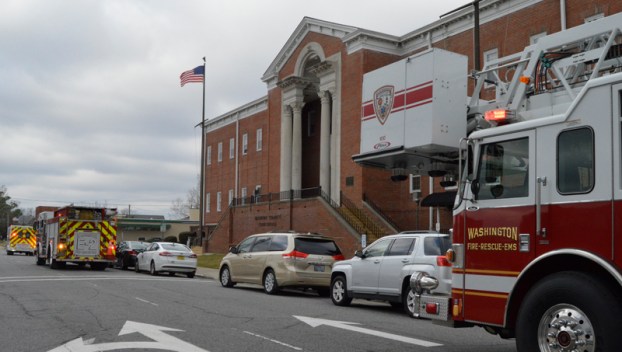 COURTHOUSE EMERGENCY: At approximately 2:30 p.m. Monday, Washington Fire-Rescue-EMS responded to a medical call at the Beaufort County Courthouse. According to Washington Fire-Rescue-EMS Battalion Chief Doug Bissette, a man went into cardiac arrest in Superior Court. Upon arrival, rescue personnel found bystanders in the courtroom performing CPR. Washington Fire Chief Robbie Rose credits this quick action with probably saving the man’s life. After taking over, paramedics were able to restore a heartbeat and breathing after 15-20 minutes and the patient was transported to Vidant Beaufort Hospital. Rose said the patient was responsive upon arrival at the hospital.

Acrylic pour painting turns everyone into an artist

It requires no artistic skills or training. All it takes is a sense of fun, an affinity for color and... read more