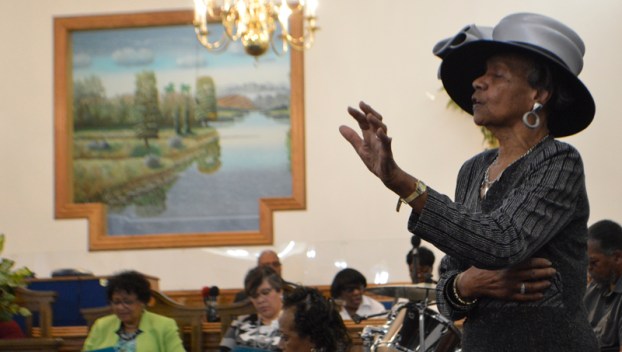 Ninety years ago this month, one of the United States’ most influential civil rights leaders was born in Atlanta, Georgia. Thirty-nine years later, at the height of one of the country’s most tumultuous decades, his life was cut short by an assassin’s bullet in Memphis, Tennessee. While the Rev. Dr. Martin Luther King Jr. was killed that day, his legacy, the pursuit of justice for all people, lives on well into the 21st century.

It is King’s legacy, and the ongoing quest for justice and equality, that was celebrated in Washington on Sunday evening, during an ecumenical service at Mt. Hebron Church of Christ, Disciples of Christ.

Bringing together clergy and community members of all faiths and backgrounds, the service celebrated King’s life with song, sermons and prayers. Seated at the pulpit were nearly a dozen members of the local clergy, many of whom played a role in the service. 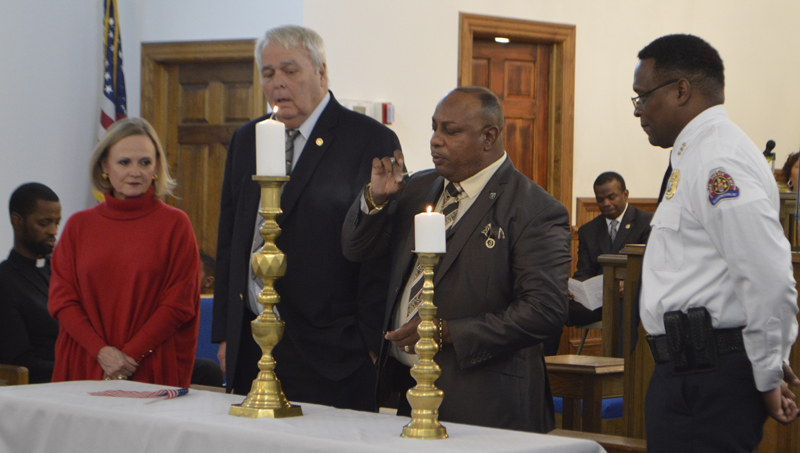 Among the speakers for the evening, Elder Vernon Collins, pastor of St. Luke Church, and Rev. Angela Lewis, associate minister of Spring Garden Church, each delivered a message of carrying King’s dream into the 21st Century.

“How can we keep the dream alive?” Collins asked those assembled. “In order to keep the dream alive, we must live by principals of one who is alive, and the one I’m speak of is Jesus Christ. … We must keep the principle that God’s word is truth and that God is the final arbiter of justice.”

While Collins spoke about keeping King’s dream alive, Lewis continued and elaborated on the theme of justice and the injustices still happening today. From the poor and the downtrodden to those who are discriminated against daily, Lewis spoke about the problems that still need to be addressed.

“Justice is a powerful word,” Lewis said. “As we look at some of those synonyms, its disheartening to have to admit that we’re not looking at a whole lot of justice in our society. In the last several years, I have been disheartened because it seems as a nation that we took a great big step back. Some of the things I’m having to talk to my children about, I didn’t expect in the 2000s that certain conversations would have to be had. … It’s letting us know that the work of Dr. Martin Luther King is still important today as it was then.” 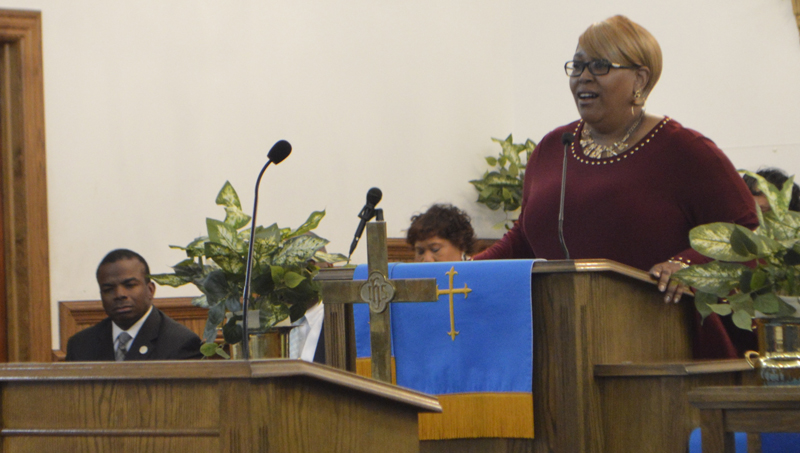 ON JUSTICE: Reverend Angela Lewis speaks on topic of justice, and the injustices that still plague society. (Matt Debnam/Daily News)

At the heart of organizing the service, Florence Lodge, along with MLK Jr. Observance Committee members Mildred Randolph and Emma Howard, has been a dedicated supporter for the 50 years since King’s death. Spurred to public service in the seventh grade, Lodge was inspired by the election of John F. Kennedy in 1960. Since then, she has been a local face for political and social involvement in Washington, from helping rename Fourth Street to Martin Luther King Jr. Drive to pushing for voting rights in Beaufort County.

She recalls vividly the days that Kennedy and King were shot.

“I hollered and screamed, just like somebody had shot me,” Lodge said. “I remember the day Kennedy had been shot. I was at work when they said King had been shot.”

While Lodge says she has seen great changes in Beaufort County in her lifetime, she says there is still work to be done. As that work progresses, Lodge continues, along with her fellow committee members, to remember the strides King made towards harmony between the races and justice for all.

“First, is God,” Lodge said. “The next is to bring love among each other. That’s the only way we’re going to get things straight. It’s not all about marching up and down Washington, D.C., or whatever. We’ve got to learn to put God first, and then we won’t have no problems with love and helping each other. It doesn’t matter whether you’re black, purple, green — we have got to learn to love each other. We might not love all the ways they do, but bring it to the table, and let us sit down and discuss it and see what we can work out.”

A touch of Afro-Caribbean culture and color has come to downtown Washington at a new store on East Third Street.... read more