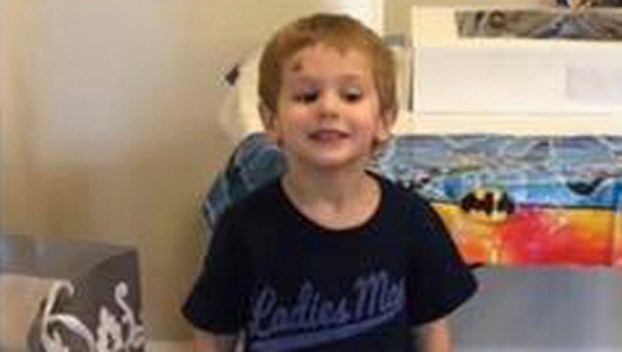 ERNUL —Casey Lynn Hathaway, the 3-year-old toddler who has been missing in the Ernul area since Tuesday afternoon, was found alive in Craven County after being missing for two days, according to the Craven County Sheriff’s Office. Authorities found Casey at around 9:50 p.m. Thursday evening. According to multiple media outlets, the child was responsive when found and has been taken to the hospital for evaluation.

The following was story was posted on Thursday evening to reflect that day’s events:

The search for Casey Lynn Hathaway decreased in size but sharpened in focus Thursday, with additional search and rescue resources being pulled in from across the state.

“We now have moved towards using a professional, well-trained search team,” Craven County Sheriff Chip Hughes said in a 4 p.m. news conference Thursday. “Because of the heavy rains, gusty winds and low visibility, we’ve had to turn away a lot of volunteers, just because putting these people in, who are not highly-trained at searching in these terrains, does nothing but could bring harm to them.”

Hughes said the search had expanded to more than 1,000 acres Thursday, involving more than 100 professional search and rescue personnel, several law enforcement officers and seven search and rescue teams. Much of the terrain included in the area is heavily-wooded or has been logged, creating sinkholes and deep pools of standing water.

In addition to more trained manpower, additional air assets assisted in the search Thursday. Weather permitting, Hughes said there were four drones in the air helping search areas that are difficult to access on foot. Additional aircraft from sheriff’s offices throughout North Carolina have been made available, and K-9 units from the State Bureau of Investigation and the National Center for Missing and Exploited Children are also being used.

“In regard to the dive teams, we’ve had people in the water that’s out there doing searches,” Hughes said.

According to Beaufort County Fire and Emergency Management Operations Chief Chris Newkirk, volunteers from several county fire and rescue departments participated in the daytime search on Wednesday, with the Chocowinity Fire and EMS search and rescue team continuing into the night.

The Chocowinity team was on site Thursday as well, as the search shifted to a more specialized operation. Chocowinity EMS Captain Shane Grier said the team will remain available as long as needed.

“There is no such thing as an insignificant lead,” Hughes said. “We encourage people to call in. Our No. 1 priority is to bring Casey home to his family, and we’re going to do everything in our power to do it.”

Anyone with information on the possible whereabouts of Casey Hathaway is asked to call 252-636-6703. The number is staffed around the clock.

Stewardship to pass to next generation of B&B owners

The house between Water and Main streets was infused with hospitality from its beginning. Ruth Wilkinson was its source. “Her... read more