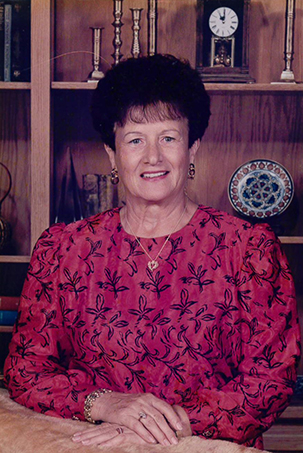 She was the only child of the late Alfons and Louise Hanle of Bayreuth, Germany, and was born Aug. 25, 1927. She graduated from high school and later went to work at a U.S. Army base where she met her future husband of 37 years, the late Maurice Hodges Woolard, of Washington.

They were married on Oct. 15, 1947, and relocated to Bristol, Connecticut, where Maurice had family. They had two daughters: Barbara was born in 1953 and Brenda in 1955. Maurice missed the warm North Carolina weather, so they moved back to Washington in 1957.

Anna worked at National Spinning, first in the factory and later in the office. They often called her at work to translate instructions on machinery that was made in Germany.

Anna and Maurice loved to fish, often competing to see who could catch the biggest and most fish. She loved to work in her flowers around the yard and loved to play Bingo. She attended Mother of Mercy Catholic Church while her health permitted.