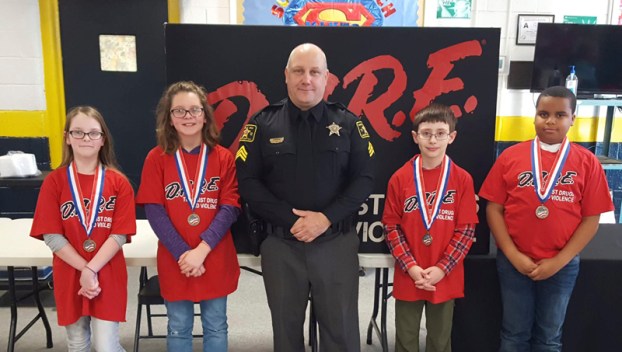 Drug Abuse Resistance Education is an international substance abuse prevention education program that seeks to prevent use of controlled drugs, membership in gangs, and violent behavior. In honor of the accomplishment each fifth grader was given a t-shirt and presented with a certificate.

As a part of the class, students were asked to write an essay about what the D.A.R.E program had taught them and what it meant to them. One essay was chosen out of each homeroom class, and then the best overall essay was selected. The writing contest winners were Tate Tucker, Alanya Whitehurst, Taquan Guilford, and Alexis Alligood.

Whitehurst’s essay was picked best overall, and she was asked to read it to the group. Each winner was given a gift bag. Another recognition given during the ceremony was the Daren the Lion Award. Daren is the mascot of the D.A.R.E. program whose award is given to the student the instructors feel exhibits the characteristics of bravery and honesty. This honor was given to Cheyenne Sparks. 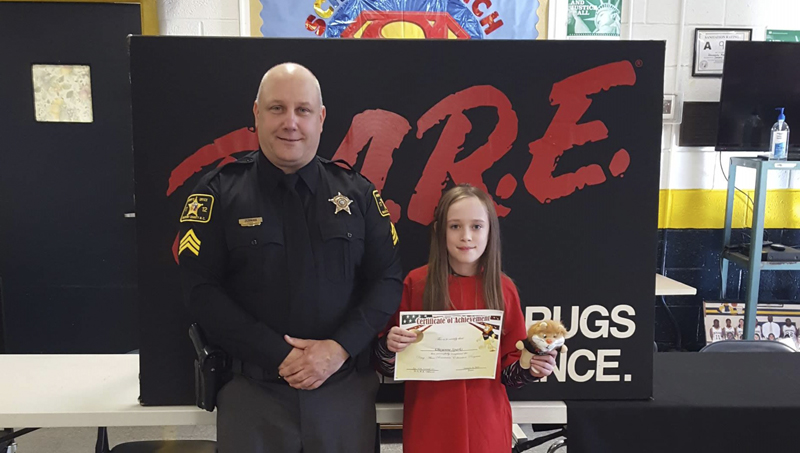 DAREN AWARD: The winner of the Daren the Lion Award was Cheyenne Sparks, pictured here with BCSO Deputy Walter Zerniak. The award is given to a student who the instructor feels exhibits the characteristics of bravery and honesty. (Chocowinity Middle School)

Washington is making progress on addressing substandard housing in the city. “I think it’s in the city’s best interest to... read more