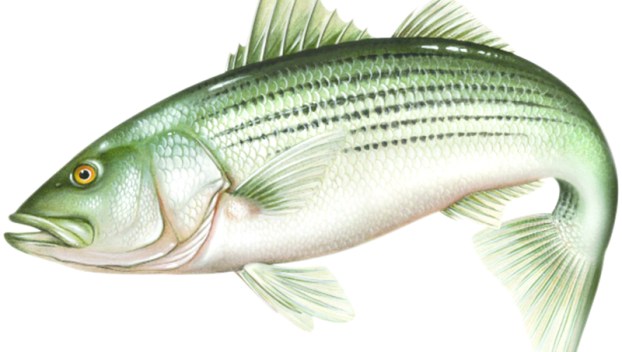 The North Carolina Department of Marine Fisheries is considering a striped bass moratorium in coastal waters, including the Pamlico, Pungo and Neuse rivers, in an effort to allow the native fish population to regenerate naturally. The proposal would bar commercial gill nets and require recreational fishermen to release all striped bass they catch — a prospect that’s very unpopular with local fishermen.

The proposed moratorium has been a long time in the making. In 1980, NCDMF began stocking the Albemarle Sound-Roanoke River and Tar-Pamlico and Neuse rivers with juvenile striped bass on a rotating basis, hoping to bring the fish back to its native habitats in greater numbers. It worked in the Albemarle Sound-Roanoke River and in 1997, NCDMF discontinued stocking that waterway.

The Tar-Pamlico and Neuse have been more problematic. The first N.C. Estuarine Striped Bass Fishery Management Plan was put in place in 2004. Since, season, size and catch limits have been put in place, while NCDMF continued to stock the rivers in increasing numbers.

Recent DNA testing has revealed that the percentage of wild fish versus the percentage of hatchery-born fish made a large leap in 2014-15, and NCDMF wants to take advantage of it while there’s plenty of fish in the river, according to a presentation by NCDMF biologist Charlton Godwin. A moratorium on catching and keeping would give the striped bass a fighting chance to survive on their own.

What fishermen fear, however, is that it will put an end to striped bass and striped bass fishing in the river for good.

On Jan. 16, the Division of Marine Fisheries held a public hearing on the subject at the DEQ offices in Washington. Upwards of 100 commercial and recreational fishermen attended the hearing, which started with a presentation about the no-possession limit proposal and ended with 3 minutes of time allotted to each of the 10 speakers who signed up to share their thoughts on the subject. David Daniel, who co-chaired the first FMP advisory committee from 2004 to 2007, then worked for NCDMF for eight years, was one of those speakers.

His take is that NCDMF needs to do more research.

“Why don’t they go ahead and collect more data to see how many other years have had successful spawn. They had two — two years. What would be wrong with collecting the data?” Daniel said. “Their job is to manage the fisheries, and stocking ain’t really managing. You try to bring them to a sustainable stock where they sustain themselves without us helping them. That’s a nice goal, but it don’t work everywhere.”

Daniel said the 2014-15 bumper crop of striped bass was a combination of just the right circumstances: heavy rains meant the flow rate of the far inland Tar-Pamlico was ideal for striped bass — the eggs didn’t sink, which is a requirement for them stay viable. Eggs that sink due to slow-moving water die.

“A blind hog finds an acorn every once in a while, and if the right conditions are available at Rocky Mount, you can have a successful spawn,” Daniel said. “They can’t manage one river like the Roanoke and think that’s going to work everywhere. … The Roanoke plan won’t work on the Tar. I spent years trying to regulate those little striped rascals. We’ve got a pretty good plan.”

IT’S IN THE WATER

Capt. Richard Andrews, owner of Tar-Pam Guide Service, agrees that unless drastic changes are made to the inland Tar River, striped bass will never be able to consistently, successfully spawn.

“My guess is that the spring flows are too erratic. Three dams — there’s just too many manmade changes to that river,” Andrews said, referring to a series of dams at Rocky Mount that dramatically decrease the flow of water downriver. “Your proposed moratorium is flawed because it’s based on the assumption that these fish are going to go spawn.”

Andrews said the circumstances of the successful spawning in the Roanoke are not present in the Tar. The water of the Roanoke is deeper and flows faster; it would take the City of Rocky Mount finding a way to manage the flow of the river to come up with a comparable environment.

Tony Tripp, owner of Washington Crab and Oyster Company and Washington Crab & Seafood Shack, is a former commercial fisherman who now buys from other commercial fishermen every day. Tripp also believes the river doesn’t provide the right circumstances for a natural spawn of striped bass, and the same problem that affects striped bass survival affects all of the other living creatures in the river.

“The bottom line is we have a pollution problem, and until we can figure out a way to keep these chemicals out of the river, you’re not going to have these species in this river like there was,” Tripp said. “I think our water quality is a little better, but it’s still a problem. We’ve had a tremendous amount of runoff in the last several years — hurricanes, heavy rains. Just totally stopping it wouldn’t hurt, but we still have something bigger to worry about.”

Tripp recalled seeing grouper so thick in the water when he was child, the school looked like a cloud coming upriver. Those days are gone, he said — fish don’t want to be in a polluted river; they’ll find better waters to spawn in.

“I’m a nonsmoker. If I walk into a room full of smoke, I’m turning around and walking out,” Tripp said.

A moratorium on striped bass fishing in the Pamlico would have an impact on Andrews’ business, as well on many others: 24 percent of people who fish the Tar-Pamlico are fishing for striped bass.

“I’m going into the next 10 years of my business, that I’m a catch and release guy,” Andrews said. “We’ve got the most rockfish (striped bass) we’ve ever had right now. That’s the irony of the situation.”

“If you can’t catch and keep one, people aren’t going to fish. You’ve got to have a little hope,” Daniel said. “They need to keep stocking, and let people catch fish. … We’ve got enough economic problems in Beaufort County without this being one of them.”

NOT A DONE DEAL — YET

What’s not affected by the proposed moratorium is recreational fishing of striped bass in inland waters. Inland waters fall under the jurisdiction of the North Carolina Wildlife Resources Commission: on the Tar-Pamlico, that’s upriver from the U.S. Highway 17 bridge; on the Pungo, upriver from the Leachville bridge; and on the Neuse, upriver from Pitchkettle Creek.

There are other proposals that have been put forward to NCDMF: since recreational fishing can still take place in inland waters, perhaps some regulated gill nets could be allowed in some areas.

Though at odds on many issues, neither recreational nor commercial fisherman are behind a moratorium.

“A moratorium is a drastic, scary thought to most fishermen,” Andrews said. “(Striped bass) will have to come back in a humongous way for them to lift a moratorium. … Once we lose this thing, it will take an act of Congress to get it back.”

“I’ve just found that it’s useless. They’ve got their mind made up about what they want to do, and they’re just going through the formalities. I hate to be so negative about it. I sat on committees for 10 years, and we’d make recommendations, and then they’d say, ‘Yeah, yeah, yeah,’ and do what they want to anyway,” Tripp said. “It’s just demoralizing to be a part of something like that.”

NCDMF will make an announcement in the coming month regarding any changes that may be made to the proposed moratorium.