Pirates to sail the Pungo again 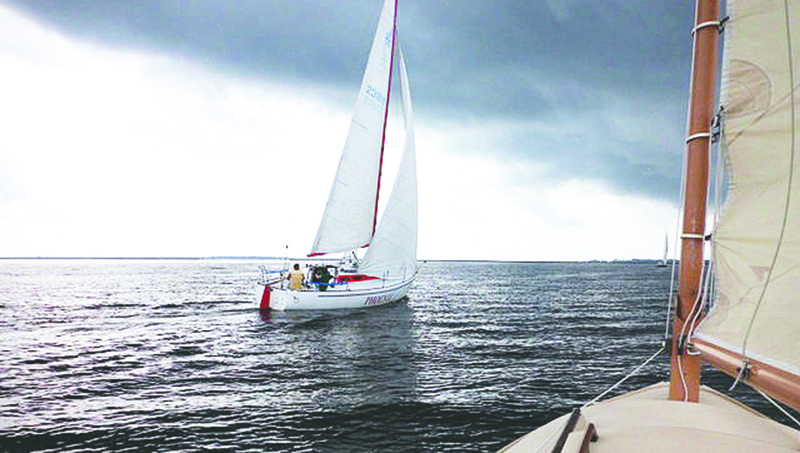 HIGH WINDS: A keelboat races to overtake a competitor during a previous Pirates on the Pungo regatta. (Daily News)

It’s been almost three years since the Jolly Rogers last flew over the Pungo River, but that’s about to change in 2019. After two years of missed regattas, the annual Pirates on the Pungo regatta is set to return to Belhaven this May and plans are well underway to bring the annual event back with a vengeance.

“One thing about this event is it’s not just for sailors,” Lambeth said. “We have this great party downtown in the Wilkinson Center on Saturday night called the Buccaneer Bash. We encourage everybody in town to come.”

Originally started as a fundraiser for the Pungo District Hospital Foundation, Pirates on the Pungo grew over the years, attracting both keel-boat owners and small-boat sailors from throughout the region. After the hospital closed, the regatta continued, benefiting a variety of good causes in the Belhaven area. When organizers Arden Root and Bob Haynes stepped down about five years back, Lambeth took on the task of making the regatta happen.

“That was just as an independent, not as a member of the chamber or anything else,” Lambeth said. “It was just because I love what it did for Belhaven. I loved that it brought people in to see our town. We’re a water town, and it was taking advantage of showing off our waterfront and getting people to come to Belhaven.”

In 2017, personal circumstances stood in the way of Lambeth being able to organize the regatta — a series of back surgeries had her out of commission. Last year, plans were underway for the regatta’s return, but the organizers hit a snag at the last minute — not enough boats had signed up to participate.

“We didn’t have enough boats registered to justify having a regatta — it’s a ton of work and takes a ton of volunteer time,” Lambeth said. “So we cancelled at the last minute last year, and in reviewing what we did wrong, was we assumed boats would come, and we got busy planning it and didn’t do our PR like we should have.”

This year, Lambeth and other organizers are taking proactive steps to get the word out about registration. From meeting with yacht clubs and small-boat sailing clubs in the area to pushing the regatta on social media, the group hopes to expand its reach this year and bring a beloved event back to the town’s waterfront.

Pirates on the Pungo kicks off with a Captain’s reception on Friday, May 17, complete with beer, wine and lots of good food, according to Lambeth. A breakfast on Saturday morning will give way to a captain’s meeting, with the first races of the day starting later that morning. Saturday night marks the Buccaneer Bash, with dinner and dancing at the Belhaven Community Center. A second community breakfast and another day of racing round out the event on Sunday. 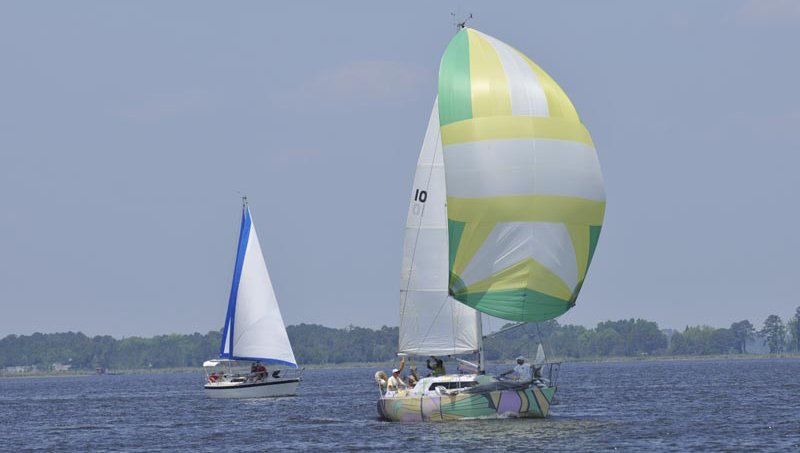 “These people are serious racers,” Lambeth said. “We have to be a sanctioned race in order for them to want to come, because they gather points wherever they sail, and they can win national championships and stuff like that.”

While the event draws racing enthusiasts, Pirates of the Pungo also has something to offer for cruisers and young sailors alike. With sailing playing such a large role in Belhaven’s identity, Lambeth hopes the regatta will encourage new generations to take the helm.

“We encourage the younger people to sail,” Lambeth said. “We don’t charge them a registration fee or anything. If they will come and sail, they can sail for free.”

Registration for both keelboats and dinghies is open now at www.regattanetwork.com/event/18057. Race details and tickets for shoreside events are also available through the site. Anyone interested in volunteering to help with the Pirates on the Pungo regatta can call 252-943-3770 or email belhaveninfo@gotricounty.com.

As of Wednesday evening, there was at least one passionate competitor registered to brave the Pungo this May — Diana Lambeth, representing the River Rat Yacht Club on a Catalina MK II named Simplicity. The only thing that remains to be seen is who has the cheek to challenge her.