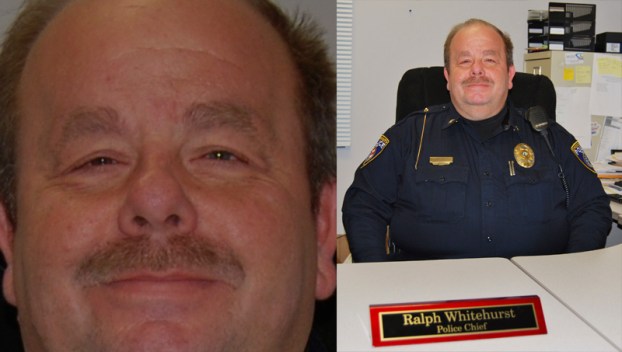 CHOCOWINITY — Six months after he assumed the title, Ralph Whitehurst has settled comfortably into his role as police chief for the Town of Chocowinity.

The title may be relatively new, but Whitehurst’s law enforcement experience began when he was just 19 years old. He enrolled in the academy at Pitt Community College and turned 20 years old, the minimum age required, before graduating.

Now 50, the chief brings a wealth of experience to the job. He marked 30 years in the field last October.

“An uncle I had was in law enforcement, and that’s how I got involved in it,” Whitehurst recalled. “The public service aspect appealed to me. I had worked with the rescue squad in Winterville prior to that, and I enjoyed the interaction with law enforcement personnel.”

Over the years, Whitehurst worked with various municipalities and with the sheriff’s office in Pitt County. He has been with the Chocowinity Police Department since May 2016, when he was hired as a patrol officer.

When his predecessor, Greg Garris, decided to retire last year, Whitehurst applied for the position.

“Chief Garris left the department in good shape, and we have a good rapport with the community,” Whitehurst said. “I am enjoying being able to help people, and I like the satisfaction of solving any problems. With the limited resources we have, we are working hard at protecting the citizens.”

In addition to Whitehurst, Chocowinity employs two full-time and two part-time officers, as well as several auxiliary officers. One change Whitehurst has implemented pertains to the department’s uniforms. The patch was redesigned and the uniforms were switched from gray to black.

“Ralph is an asset to our department,” said Chocowinity Mayor Jimmy Mobley. “He is very knowledgeable in the workings of the police department, and he’s a very capable police chief. He’s a very organized person, he’s a radar instructor and he has taught classes in law enforcement at local community colleges.”

Whitehurst and his wife, Glenda, have been married for almost 27 years. They are the parents of two sons: Blake, who recently joined the Greenville Police Department, and Shane, a high school junior. In his free time, Whitehurst enjoys hunting and fishing — hobbies shared by his wife.