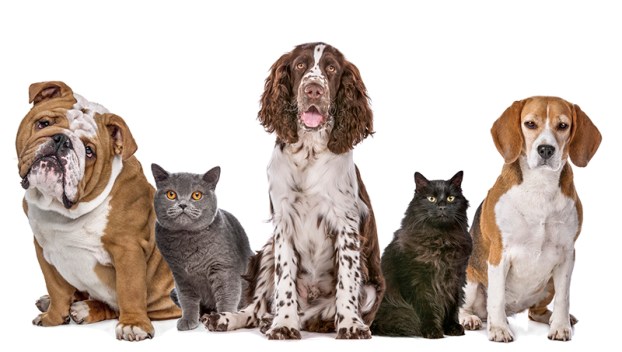 An animal-friendly coalition is tackling the animal overpopulation issue in Beaufort County by amping up spay/neuter efforts.

The Humane Society of Beaufort County recently held its annual meeting where input is gathered from stakeholders in the community: Beaufort County Animal Control, ENC Shelter Cats, ENC Shelter Dogs, Freedom for Friends, Paws and Love, Feline Outreach and the Community Cat Coalition — each organization performs a variety of services, ranging from building fences for chained dogs (a requirement of which is to spay/neuter the animals) to rescue and cat trap-neuter-release programs.

According to HSBC President Marty Poffenberger, the consensus is that more focus needs to be put prevention.

Poffenberger said shelter numbers reflect a “decent” rescue/adoption rate for dogs coming into the Betsy Bailey Animal Control Facility. However, 50 percent of cats that enter the shelter are euthanized simply because of their numbers.

“We need to cut down on the numbers coming (into the shelter),” Poffenberger said. “There are people that are really trying to put a lot of effort in trying to save them, but you can’t save them all. It’s like bailing out a boat with a hole in it.”

In 2019, the focus will be on promoting spaying and neutering, and encouraging the public to do its part in preventing animals from being euthanized. Poffenberger said people need to understand that if they don’t get their animals spayed/neutered, even if they find homes for that litter of puppies or kittens, they’re still contributing to the problem.

“Even if they find homes for theirs, they’ve taken a home from an animal that could have been rescued from the shelter,” Poffenberger said.

Poffenberger said there are options available to help pet owners with unaltered animals cut costs. This month, three county veterinary offices — Chocowinity Veterinary Hospital, Pamlico Animal Hospital and Tar River Animal Hospital — are offering reduced rates for spaying/neutering, with assistance from HSBC. The SNIP program is also an underutilized resource for pet owners who can’t afford to pay for the procedures, according to Poffenberger. Beaufort County Department of Social Services has applications for the program, as do the veterinary offices.

“Anybody low-income or on public assistance can get the surgery done for free. They have to pay for the (basic) vaccines, but get the surgery for free,” Poffenberger said. “In the last month, we’ve done two pit bulls.”

In March, HSBC will again be teaming up with the mobile vet lab and veterinary faculty and students from N.C. State University. With the help of local TNR organizations, they’ll be trapping unaltered members of feral cat colonies and spaying/neutering the cats in the mobile surgery facility. When the animals recover from the surgery, they will be returned to their original location.

“The members of the Cat Coalition — they’re aware of some of these colonies and they’re available to help too, if someone has a situation like that. They can contact the Humane Society, Paws and Love or Feline Outreach,” Poffenberger said. “Historically, people have kind of not wanted you to know that there was this bunch of cats that they were feeding, because they were afraid of someone trapping them and taking them away for good. But if they’re multiplying, then that becomes a problem.”

In all, the goal for 2019 is less about rescuing animals once they’re in the shelter, and more about making sure they don’t end up there to begin with.

“Like ‘It takes a village,’ it takes a whole community of animal lovers to really take care of this problem,” Poffenberger said. “I don’t think we can rescue our way out of this problem.”