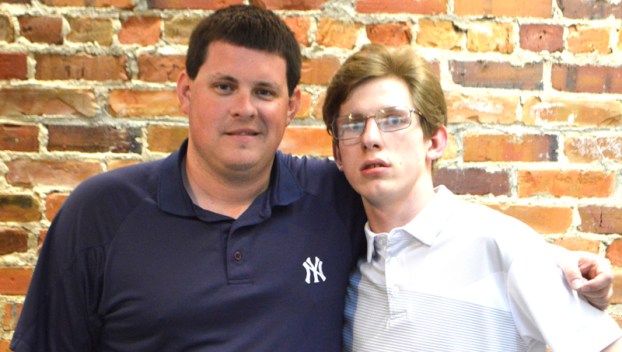 A Washington athlete will soon be making an appearance on the world stage to represent the United States in global competition. In March, 16-year-old Jonathan Willis, a student at Washington High School, will travel to the United Arab Emirates to compete in the 2019 Special Olympics World Games.

Willis has been swimming competitively since 2013, when he first saw Michael Phelps swim in the Olympics. Since then, he has been training in the 50-meter freestyle and 25-meter backstroke competitions. Last year, he brought home the gold from the North Carolina Games, where he has competed multiple times.

“That was awesome, but going to this level and representing the United States is far more huge than that,” Willis said. “If you win gold at state level, they put your name in a hat. If you get drawn, you go to training camp for a week, and that’s how they make the selection on who goes.”

Swimming sets twice a week at the Moore Aquatic Fitness Center, Willis says he’s ready for competition, and has also been preparing himself for a journey around the world. He’s even been brushing up on his Arabic, learning basic greetings.

The competition, slated from March 14-21, will see Willis first travel to New York City for a sendoff before he arrives in Abu Dhabi, UAE, for two weeks. He will travel with a group of 300 other Special Olympians from across the country, including three other athletes from North Carolina.

When he’s not swimming, Willis also enjoys attending school and going to church. He recently completed his first 5K and has competed in the Special Olympics in bocce, alpine skiing and track and field. All told, the cost of the trip to Dubai will be somewhere around $4,500, of which Willis has raised around $3,445. Anyone wishing to contribute to his journey can visit www.firstgiving.com/fundraiser/jwillis/2019SOWorldSummerGames1.

In Beaufort County, approximately 20 percent of children are food-insecure, meaning their next meal may not be assured. They could... read more