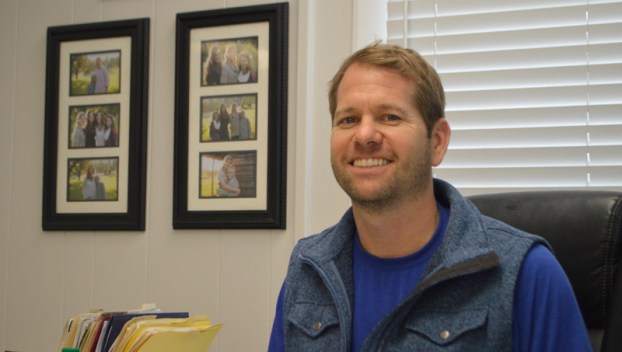 LEADER IN AG: Walt Gerard, owner of Gerard Seed and Riverside Grain, was recognized as the 2019 Agriculture Leader of the Year. His family has been providing agricultural services to Beaufort County farmers for four generations. (Matt Debnam/Daily News)

For four generations, the Gerard family has been serving Beaufort County farmers in one way or another, giving local growers the tools, supplies and services they need to grow and get their crops to market. Recently, the Washington-Beaufort County Chamber of Commerce recognized the fourth member of that legacy, Walt Gerard, as the 2019 Agriculture Leader of the Year.

“The seed and grain is kind of the avenue I’ve gone,” Gerard said. “My dad was kind of fertilizer and retail, and then he and I were together in seed and grain. So this is a fourth-generation operation, all here in Beaufort County.”

Located on East Fourth Street in Washington, Gerard Seed and Riverside Grain has been serving area farmers at its current location for nearly 20 years. When Cargill, a national grain company, pulled out of eastern North Carolina in 2000, the Gerards took a risk and purchased the company’s grain elevators in Washington, expanding their existing seed business to include grain services. Providing both seeds for planting and a place for local farmers to sell their crops, the business today plays a critical role in Beaufort County’s agricultural sector.

“Seed business is the value-added portion of the business where we hold a portion of the crop back to plant for the next year,” Gerard said. “If you ate it all, you’d have nothing left to plant, so it’s sustainable agriculture.”

Local seed producers who provide viable seeds are paid a premium, giving them incentive to hold back part of their crop to create a value-added product. Gerard also works with large multinational seed companies to provide bagging and shipping services. The company ships these seeds to growers from Virginia to Texas.

“We have a big footprint that people don’t realize when they ride by here,” Gerard said.

For Beaufort County farmers, the business also provides an invaluable service: an affordable way to get their crops to market. With connectors to the Norfolk Southern Railroad, the company can fill six railway cars at a time with local grain. These trains, in turn, can carry Beaufort County farm products to ports in the Gulf of Mexico, offering access to international markets.

“As long as the export business is good, that’s good business for us,” Gerard said. “Of course, with the tariff wars, the railroad wasn’t as good this year as normal. But that had nothing to do with the railroad, but the macroeconomics of what’s going on. That’ll come back. The railroad is a great transportation option for us on soybeans.”

For locally grown corn, Gerard says most goes to animal feed and is shipped to processors feeding turkeys, hogs and chicken. With the nearest grain elevators to Washington in Belhaven, Greenville or Vanceboro, the company’s location gives farmers within a 25-mile radius more options, saving money on transportation costs. Because of those saved dollars recirculating in local businesses, the agricultural industry has a tremendous impact on the economy of Beaufort County.

“The whole agricultural sector is a big deal,” Gerard said. “The numbers are good on agriculture, but it doesn’t get represented the way it should at times. I think all the local farmers are glad the chamber recognized agriculture.”

From the office of Congressman Walter B. Jones After faithfully representing the people of Eastern North Carolina in Congress and... read more