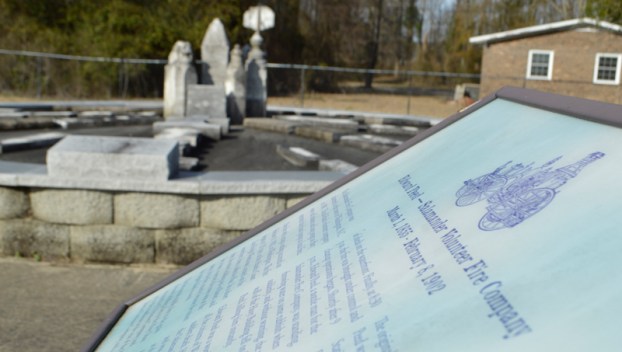 It’s a day for Washington to commemorate one of its fallen heroes and to remember the first recorded line-of-duty firefighter death in North Carolina history.

Edward Peed died on Feb. 8, 117 years ago when a wall collapsed on top of him as a he and other members of Washington’s all-black Salamander Volunteer Fire Company responded to a warehouse fire on the Washington waterfront. At the time of his death, Peed was a 20-year veteran with the company.

Chartered in 1881, the Salamander Company was known for its red helmets and the songs volunteers sang as they worked to put out local fires. That company, along with a number of others in Washington, worked in tandem to protect the city.

“Back then, everything was all volunteers here,” Washington Fire Chief Robbie Rose said. “There were several volunteer companies that were here at the department at that time. The one that Ed Peed was a member of was the Salamander Company.” 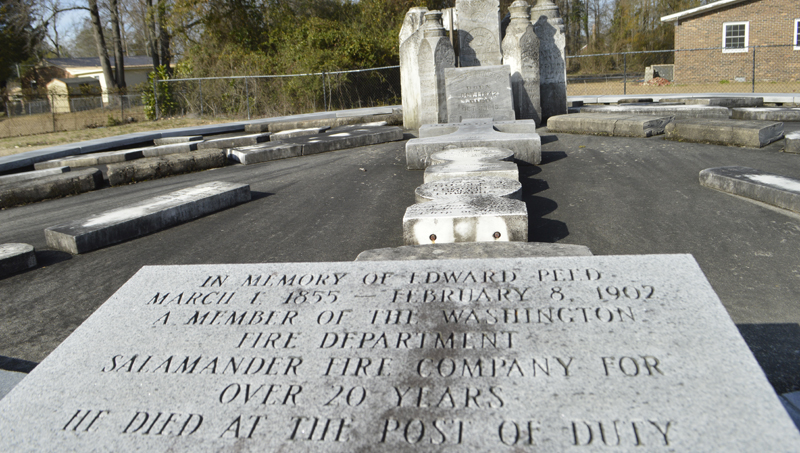 REST IN PEACE: The Washington Human Relations Council erected a headstone in Edward Peed’s memory at Beebe Park in 2011. It sits among others markers recovered from a long-neglected cemetery at the park. (Matt Debnam/Daily News)

Peed’s memory is commemorated at two locations in Washington — a monument to his life stands behind the Washington Fire Station No. 1, and an educational trail marker was installed at Beebe Park in 2015 to share his story with the public.

According to the marker, Peed’s actions, along with those of other local firefighters, may have spared the city from devastation comparable to that seen a generation earlier during the infamous fire of 1864 that consumed most of the city.

“The fire began at 5:25 p.m. at the Atlantic Coast Line Freight Warehouse, located on the waterfront, from a defective flue,” the historical marker reads. “In a short time, the entire building was in flames, and for a time, it seemed the town was at the mercy of the fire, mainly because the steam fire engine failed to work.”

Before the blaze was finally extinguished three hours later, a grain elevator, a store, a furniture warehouse and a number of sheds on the waterfront had been burned. After the bulk of the fire had been extinguished, Peed was spreading water on the remaining hotspots at the Hoyt Building when the wall collapsed.

In 2000, a memorial in Peed’s memory was moved to the rear of Fire Station No. 1 at the corner of Market and Fifth streets after being discovered in a state of disrepair among other graves in what is today Beebe Park. In 2011, the Washington Human Relations Council erected a headstone to place on a monument containing others found at the site. 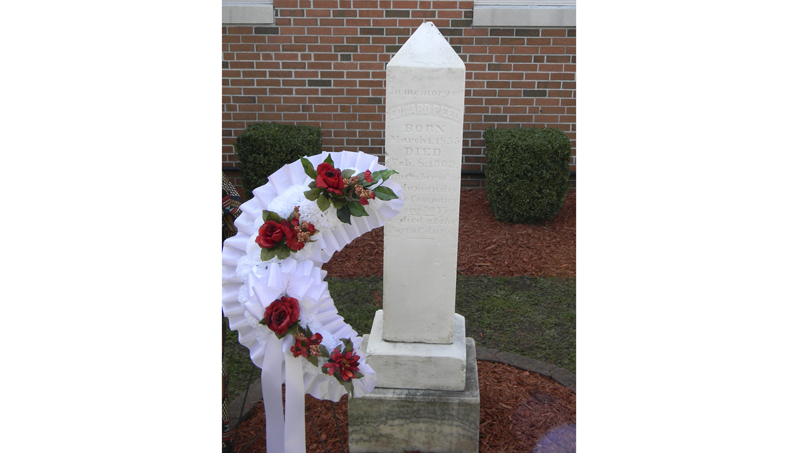 PLACE OF HONOR: A memorial to Edward Peed was relocated from its original location in Beebe Memorial Park to Washington Fire Station No. 1 in 2000. Plans to erect monuments to two other fallen firefighters, Lonnie Jackson and David Jackson, are in the works. (Daily News)

While Peed was the first line-of-duty death to be recorded in Washington, unfortunately, he was not the last. Two other firefighters, Lonnie Jackson and David Jackson, were killed in the line of duty in the 1930s. Rose says an effort is underway to secure markers for those two to be placed alongside the Ed Peed marker at the fire station.

“That’s the biggest fear for any fire chief, is losing a firefighter in a line-of-duty death,” Rose said. “For us, as firefighters, it’s important to remember because it is a firefighter who died in the line of duty. For the city, it’s a significant piece of the city’s history.”

The annual Edward Peed Commemoration Service will take place from 11 a.m. to 12:30 p.m. on Saturday at Washington Fire Station No. 1, 410 N. Market St., Washington. Lunch will be provided and the public is welcome to attend.

For those curious about the direction the City of Washington is headed in the next year, Tuesday night’s City Council... read more