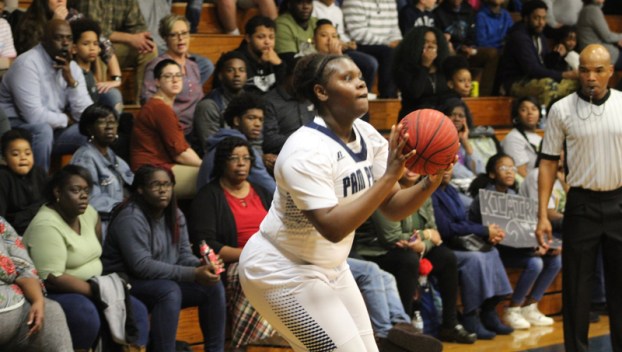 WASHINGTON — Washington saw its furious comebacks in each quarter eventually fall short in a 66-59 loss to Kinston on Senior Night.

The Pam Pack (10-9, 6-5 2A Eastern Carolina Conference) found itself down 11-4 just two and a half minutes into the first, but after a timeout, allowed no more points in the frame and pulled within one. Washington slipped again to begin the second quarter and faced a 21-10 deficit, before adjusting its zone defense and making it a five-point game at the half, 30-25.

Washington pulled even with Kinston (18-5, 11-0 2A ECC) at 38-38, even after the Vikings switched to a full-court press midway through the third. The Pam Pack struggled finishing shots and converting second-chance points all night, but found its rhythm in the second half and kept the game close. The difference in the game came from those missed opportunities and turnovers by Washington late. Kinston went just 8-for-18 from the foul line late in the game, but backcourt miscues and turnovers doomed the Pam Pack.

WASHINGTON — Washington saw a running clock start in its game with one minute remaining in the third quarter, as the Pam Pack failed to score more than ten points in any period during Tuesday’s 73-37 loss to Kinston on Senior Night.

Washington (6-13, 2-9 2A Eastern Carolina Conference) was forced to settle for a lot of outside looks and shots behind the arc, as post and lane play were quickly erased by Kinston (18-6, 9-2 2A ECC). The Pam Pack held an early 6-3 lead before Kinston hit two 3-pointers to claim a 9-6 lead. Washington never led again in the game.

Washington’s defense couldn’t keep up with Kinston’s passing, as the Vikings quickly turned that slim lead into a 28-12 margin before leading by 21 at the half. Despite good ball handling from the point, Washington couldn’t work the ball inside, and the rush to shoot the ball from the outside led to quick transitions the other way down the court.

A running clock began when Kinston scored to make it 65-25 with little time remaining in the third. Both teams scored just 13 points combined in the final quarter, thanks to many trips to the line.

Jamauri Bryant led the Pam Pack with 11 points, while Omarion Blount and Justin Powell added seven and six points, respectively, in the loss.

Washington closes the regular season tomorrow with a trip to take on West Craven.

NEWPORT — After getting knocked out of the third round of the dual-team state playoffs in heart-breaking fashion by Croatan... read more