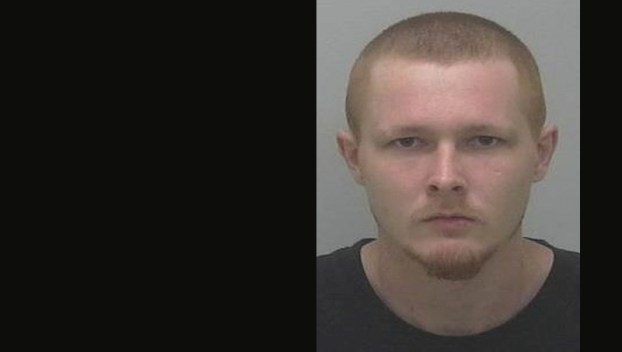 A Washington man wanted in three counties for failure to appear in court and a variety of larceny charges was arrested in Winterville on Feb. 1 after eluding law enforcement for seven months.

Two of the felony charges for breaking and entering and larceny, along with the misdemeanor charge of injury to personal property, stem from an incident last November during which Bray allegedly broke into a landscaping trailer on Camp Leach Road and stole landscaping equipment, which was then sold to an unsuspecting buyer.

“The truck was locked with landscaping equipment, but he manipulated the brackets in a way that he was able to get the equipment off the trailer,” BCSO Lt. Jim Vanlandingham said in a previous interview.

Beaufort County Sheriff’s Office deputies following up on the theft were able to obtain Bray’s identity after speaking with the buyer.

Bray’s flight from justice dates back to July 20, 2018 when a warrant was issued for his arrest in Pitt County on charges of motor vehicle breaking and entering. He was also wanted in both Pitt and Edgecombe counties for failure to appear in court for traffic charges.

He is currently being held in the Pitt County Detention Center on charges of motor vehicle breaking and entering, misdemeanor larceny, attempted larceny, driving while license revoked and expired tags/registration. His bond was set at $13,600 according to the documentation.

In the past two months, Bray has been featured in Beaufort County Crime Stoppers press releases and television segments. Crime Stoppers offers a reward of up to $1,000 for any information leading to an arrest. Tips can be made anonymously at 252-974-6400.