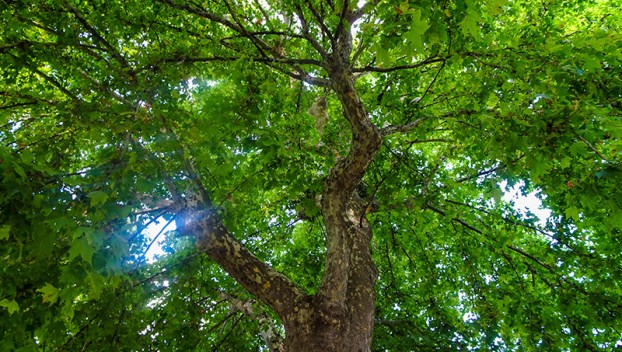 A grassroots movement is gaining ground in Washington.

At 11 a.m. Friday, a live oak will find its new home at the Bobby Andrews Recreation Center on East Seventh Street — the first of many more to come, according to ReLeaf Washington organizers. The organization’s goal is to plant more trees for shade, for beauty, to clean the air and to clean the water, according to Mack Simpson, one of the founders of the movement.

“(Our mission) is to plant, promote and protect, probably with more focus on the first two. Protecting would be more of a city-type function,” Simpson said.

Simpson is no stranger to planting trees: in the 1990s, he and others launched ReLeaf Greenville, an organization that’s still going strong and planting trees today. The result there was a strengthened city tree ordinance, about $230,000 raised and approximately 1,700 trees planted.

“We were talking one day about a year ago, and Mack said, ‘We ought to start something like this in Washington,’” said Dick Leach. “We like what they’ve done in Greenville.”

Leach and Simpson consulted with their Greenville counterpart and set about organizing ReLeaf Washington. They’ve discussed what types of trees to plant and where, as not every location is ideal for every tree.

“We lean toward canopy trees, but we know that trees have to be appropriate to the site,” Simpson said. “We have to be flexible and lean on the expertise of people who know trees well.”

“What Mack and I envision is native-type trees — the ones that grow in the wild around here,” Leach said.

Their efforts have caught the attention of Washington Mayor Mac Hodges and councilwoman Virginia Finnerty, who will both be in attendance Friday at the first tree-planting. The live oak is being donated by ReLeaf supporter and Pamlico Turf Management President Ross Boyer, according to Leach.

Friday’s tree planting ceremony is open to the public.

The EPA’s revised definition for “waters of the United States” could mean trouble for local waterways. Thursday, the agency released... read more