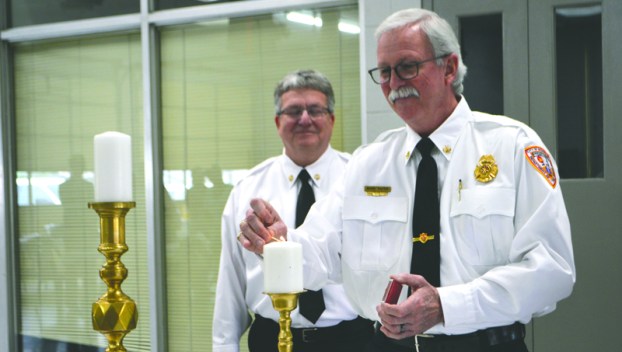 IN HONOR OF SACRIFICE: Washington Fire Marshal Mark Yates lights a candle in memory of three fallen Washington firefighters during the annual Ed Peed Day ceremony on Saturday. In addition to Ed Peed, who was killed in the line of duty in the aftermath of a 1902 fire on the waterfront, the service also commemorated firefighters, Lonnie Jackson and David Jackson, both of whom lost their lives in the line of duty during separate incidents in the 1930s. The annual event was organized by the Washington Human Relations Council and hosted by the Washington Fire Department.

AARP Tax Assist is available on Mondays and Saturdays through April 13 at the Grace Martin Harwell Senior Center, 310... read more