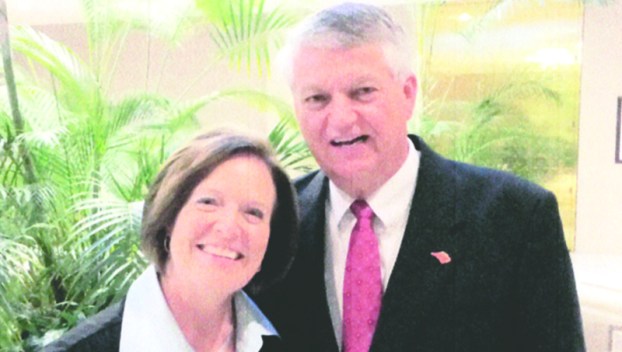 From the Beaufort County Republican Party

The annual Reagan Day Dinner, sponsored by the Beaufort County Republican Party, will be on Feb. 28 this year. The dinner will be held at the Washington Yacht and Country Club beginning at 6 p.m. Questions can be answered and reservations made by contacting RDD Chairman Fred Kaplan at 252-974-5486.

N.C. Senator Norman Sanderson will be the guest speaker. Sanderson is a North Carolina native and has been a resident of coastal North Carolina for the past 45 years. He and his wife Linda have been married for 46 years and have two children, Jennifer and husband Frankie, and Lee and his wife Stephanie. They are proud grandparents of three grandsons, Caleb, Joel and Addison. The Sandersons live in Minnesott Beach in Pamlico County.

Sanderson began his legislative career in 2011 in the N.C. House serving Pamlico and Craven counties. He has been honored to serve Carteret, Craven and Pamlico Counties for the last six years in the N.C. Senate.

The Sandersons owned their own childcare business for 17 years, providing service for more than 3,000 children. That experience, along with experience in law enforcement as a Pamlico County deputy sheriff, in education as principal of a Christian School, as a real estate broker overseeing his own firm and growing up on a family farm serves him well as he represents the interest of the citizens of eastern North Carolina.

Sanderson is a Christian, a conservative and a Republican, in that order. He believes in and supports the U.S. and N.C. Constitutions, the sanctity of life, marriage between one man and one woman, educational choice, smaller government and the strongest military in the world, to name a few.

In the 2019-20 General Assembly, Sanderson serves as Joint Republican Caucus Leader and chairs the Senate Appropriation Committee on Justice and Public Safety and Senate Committee on Agriculture, Environment and Natural Resources. He is honored to represent the Senate as co-chair of the N.C. Legislative Prayer Caucus. His other standing committees include Appropriations/Base Budget, Commerce and Insurance, Education/Higher Education and Local Government. His interim committees for the session include Environmental Review commission, Joint Legislative Emergency Management Oversight Committee and the Select Committee on Storm-Related River Damage.

“It is an honor and a privilege to serve and represent the wonderful people of Eastern NC and to have the awesome opportunity to work to bring positive change to all of North Carolina,” Sanderson said.

AARP Tax Assist is available on Mondays and Saturdays through April 13 at the Grace Martin Harwell Senior Center, 310... read more