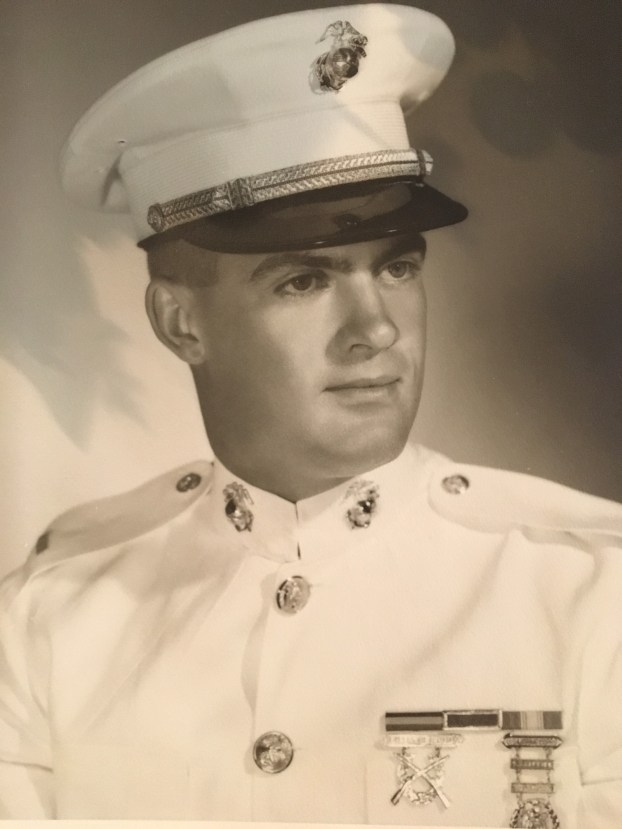 After graduating high school in 1950, Jerry attended Lynchburg College in Virginia. He also served in the Marine Corps Reserve. After graduation, he was commissioned as a Marine Corps Officer and served two tours in Vietnam. His first tour was as an observer with the Vietnamese Marines in 1964. He later served with Special Landing Force Bravo operating along the coast of Vietnam in 1968. He retired after 20 years of service in 1974 as a major.

In 1977, Jerry joined the Fairfax County Sheriff’s Office as a deputy. Reaching the rank of captain, he served in the Confinement, Diagnostic and Treatment sections and was the lieutenant commander of the Management Division. He was instrumental helping the Fairfax County Adult Detention Center to become the first jail in Virginia to become accredited by the American Correctional Association. He retired from the Sheriff’s Office in 1988.

He was a leader, mentor and friend to countless Marines, law enforcement officers and veterans.

Since retirement, Jerry enjoyed traveling abroad, summers at Nags Head with his wife, Ann, and playing his trombone in several local orchestra bands. He moved to Williamsburg in 2000 where he was a faithful member of Williamsburg United Methodist Church and its orchestra.

Jerry was a devoted husband to his wife of 60 years, Ann Paul Harrison, and loving father to his sons, Lt Col. Joseph Morgan Harrison, USMC Ret. (Heidi), and Rodney Harrison. Jerry was most proud of his grandchildren: Lindsay, Lauren and Kelly.

A memorial service will be held at Williamsburg United Methodist Church on Saturday, March 2, 2019, at 2 p.m. In lieu of flowers, donations may be made to Sidney Free Will Baptist Church, 5580 Sidney Road, Belhaven, NC 27810.