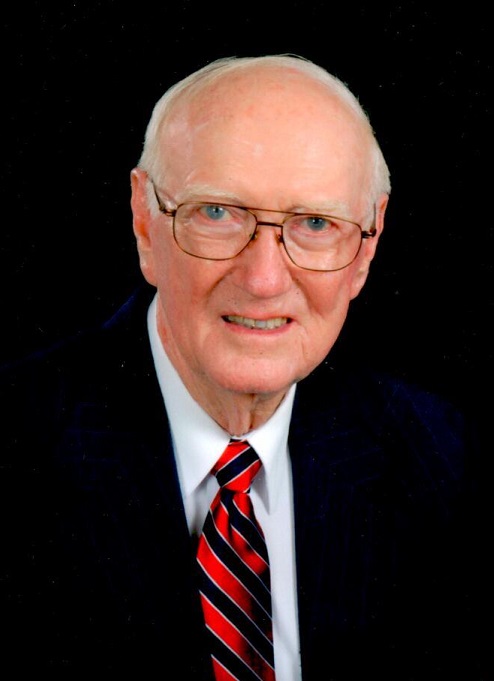 A funeral service will be held 2 p.m. on Saturday March 2, 2019 at the First Christian Church in Washington officiated by Dr. Robert Cayton and Rev. Doug Stokes. Burial with Red Men and military rites will follow in Oakdale Cemetery.

Sonny was born in Beaufort County on Jan. 7, 1926, son of the late John Edward Swain and Lena Leggett Swain. He was a graduate of the Washington High School Class of 1944. On June 27, 1954, he married the former Frances Woolard, who survives. Sonny and his brother, Vernon Swain, owned and operated Swain Motor Company for 32 years. He served his country in the US Army during World War II and received two bronze stars. Sonny was a longtime member of the First Christian Church in Washington and served in many leadership capacities. He was a member of the Red Men for 60 years and was Great Sachem of North Carolina. He was an Exhausted Rooster of the Washington Jaycees, served for 12 years on the Planning Board with the City of Washington and a member of the VFW.

Sonny is survived by wife of 64 years, Frances Swain of the home; his son: J. Blount Swain and wife, Mary Jo of Scottsdale, AZ; his brother-in-law: Bill and his wife Kathy Woolard of Atlantic Beach and his sister-in-law: Betty Sue Harris and her husband, Charles of Morrisville; his guardian angels: Jane and Michael Alligood; his caregiver: Anita Williams and several nieces and nephews.

The family will receive friends from 5 to 7 p.m. on Friday at Paul Funeral Home & Crematory in Washington.

The family wishes to express their sincere appreciation to Chris Williams, Administrator and staff and all employees of the Delta Unit of the NC State Veterans Home. Online condolences may be offered by visiting www.paulfuneralhome.com Paul Funeral Home & Crematory of Washington is honored to serve the Swain family.