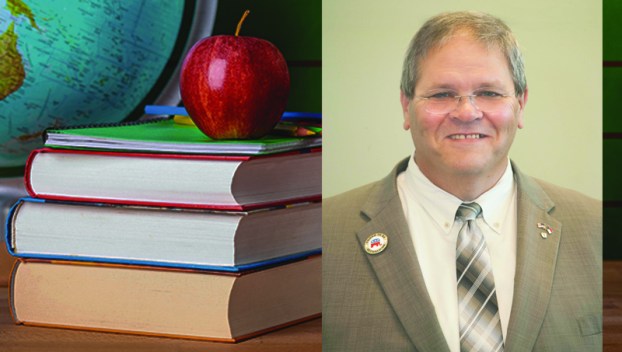 It’s been a busy month for North Carolina House District 79 Representative Keith Kidwell. Since the North Carolina General Assembly convened in late January, the freshman legislator has been the primary sponsor of six bills in the House, and has signed on to cosponsor 12 others.

In an interview on Friday, Kidwell spoke on the bills he has set forth, and why he thinks they would bring about positive changes for Beaufort County, Craven County and the state as a whole.

Under the terms of this 23-page bill, anyone who can legally possess a handgun in the state of North Carolina would be allowed to conceal and carry without obtaining a permit. Restrictions would still apply to who can carry a handgun, where they can carry and the information they must provide for police officers during stops.

“It’s as close as we think we could do to Constitutional carry,” Kidwell said. “In my mind, the Second Amendment is the only permit you need to carry… The thing I like about it is that people will not have to have a permit to carry a concealed weapon, and that’s the way it should be.”

In addition, the bill would direct the State Board of Education to develop a firearms safety course that could be offered at the high school level, with no live ammunition present in the classroom.

Kidwell is also a cosponsor of HB 216, which would allow trained faculty and staff members to carry a concealed handgun on school premises for the purpose of responding to acts of violence.

On May 8, 2012, 61 percent of North Carolina citizens (with a statewide turnout of 35 percent) voted to amend the state constitution to define marriage as between one man and one woman. In 2015, the U.S. Supreme Court ruled that state-level bans on same-sex marriage were unconstitutional under the 14th Amendment, which guarantees due process and equal protection.

In essence, HB 65 makes the argument that same-sex marriages, called “parody marriages” in the bill text, fall under the religion of secular humanism, and that the Supreme Court decision amounts to an unconstitutional establishment of religion. For Kidwell, the issue is the usurpation of the powers reserved to the people and the states by the 10th Amendment.

If passed, “Marriages, whether created by common law, contracted, or performed outside of North Carolina, between individuals of the same gender are not valid in North Carolina.”

If this bill passes, boards of education in Beaufort, Craven, Hyde, Pamlico and Washington counties would be given the authority to determine the opening and closing dates for their respective school systems.

“We’ve seen dozens of school calendar bills from across the state,” Kidwell said. “I believe in local control of local schools … each of the counties should have control, not just of the school calendar, but the school curriculum, how we’re going to assess teachers and how they are hired.”

Kidwell argues that by returning control of these aspects back to the school boards, local residents can have more efficient oversight of the policies and curriculum that govern local classrooms. He went on to say that he would propose and support a statewide bill to support local control of the school calendar.

“I think most of the representatives in Raleigh are interested in giving that back to the schools,” Kidwell said.

“The ETJ says that the municipality has control up to a mile outside of its borders,” Kidwell said. “But the citizens that they’re controlling don’t have a vote to elect those people … This is rules without representation.”

To view a list, and read in full, the bills Kidwell has introduced and cosponsored, visit www.ncleg.gov/Members/IntroducedBills/H/749/2019. A previous article covered Kidwell’s first two bills, HB 22 and HB 28, both of which concern state regulations on abortions.

Jonathan Fowler is a family man, church leader, community volunteer and an investigator with the Beaufort County Sheriff’s Office. And... read more