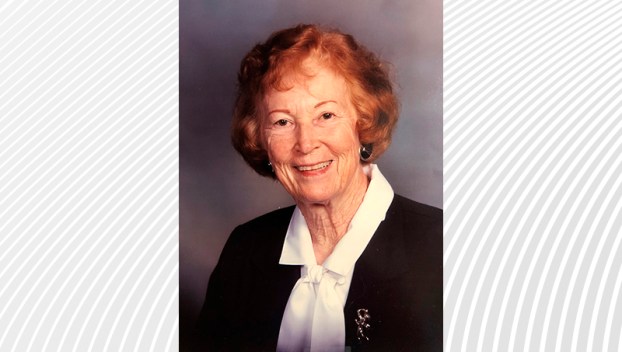 The funeral service will be held at 11 a.m. Tuesday, March 5, 2019, at St. Peter’s Episcopal Church of Washington. The service will be officiated by the Reverend Jim Reed. Burial will follow in Oakdale Cemetery.

Nena was born in Beaufort County on March 4, 1923, daughter of Zachary Taylor Koonce, Jr. and Elizabeth Haywood McIlhenny Koonce. She was a 1941 graduate of Washington High School and continued her education at Woman’s College of the University of North Carolina, now UNC-Greensboro. As a high school sophomore, Nena won a national essay contest for her essay on citizenship. With her $100 award, she and a high school chum went to New York for a week, lightly chaperoned by Nena’s fun-loving aunt, Glenmore. A highlight of their trip was attending the 1939 World’s Fair.

Ever eager to travel to new places, Nena and four high school friends took off on a month-long cross-country trip in May 1947, packing five girls and all their luggage into one car. Along the way, they met movie star Joel McCrea filming “Four Faces West” on location in the New Mexico desert, and were interviewed on the radio in California about their journey.

Nena’s next great adventure came on June 16, 1948, when she married Robert Emmett Tyndall, a Texan and WWII veteran, who had come to town to visit his parents, who had retired to Washington, and after meeting the red-haired bank teller, never left until his death on Dec. 21, 1980.

Nena is survived by her daughters, Ann H. Tyndall, of River Acres, and Kate E. Tyndall and her husband, Craig L. Webb, of Washington, D.C.; sister-in-law Peggy Koonce, of River Acres; nephews Billy Barwick, and his wife, Mary, and their son, Will, of Wilmington; Roger Mills-Koonce and his wife, Cathi Propper, and their sons, Liam and Aaron of Chapel Hill; Zack Koonce, of Goldsboro; Christopher E. Koonce and his wife, Sarah, of Chapel Hill; and John G. Tyndall III, of Aptos, California; plus numerous cousins. Along with her parents and husband, Nena was predeceased by her sister, Betsy Barwick, and brother-in-law, Morrison Barwick, and her brother, Z. Taylor Koonce III.

The foundations of Nena’s life were family, friends and faith. She made friends wherever she went, and cultivated long friendships with those she met on her travels, including a group of German friends who visited each other regularly over the course of 20-plus years. She worked as a bank teller in Washington both before her marriage and afterward, and loved helping her customers, many of whom were her friends. Nena was a member of the Stratford Book Club for 55 years, and a lifelong member of St. Peter’s Episcopal Church, which she served in various capacities over the decades on the altar guild and vestry as well as on various committees.

In lieu of flowers, the family kindly asks that any memorial contributions be made to the Rector’s Discretionary Fund of St. Peter’s Episcopal Church, Washington, N.C.

The family would like to thank the staff of Ridgewood Nursing Center for their care of Nena over the past 11 months, most especially her devoted caregivers Cheryl Hinkson and Edna Tyner.

Paul Funeral Home & Crematory of Washington is honored to serve the Tyndall family.